Home » news » Why my father is not aware of poor state of Aso Rock Clinic – President’s daughter, Zahra

Why my father is not aware of poor state of Aso Rock Clinic – President’s daughter, Zahra 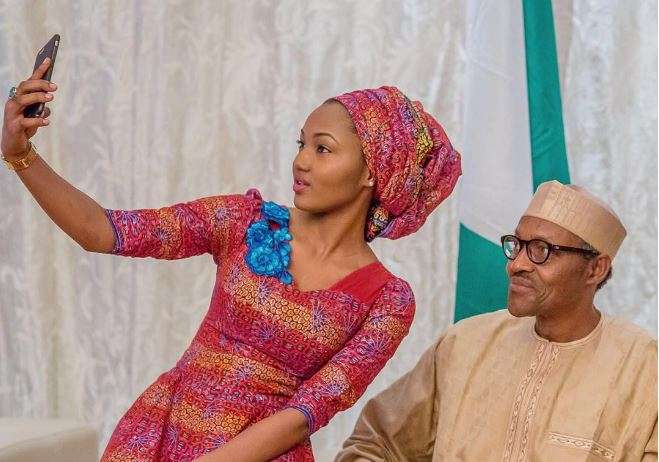 President Muhammadu Buhari’s daughter, Zahra, has explained why her father may not be aware of the deteriorating state of the Aso Villa clinic.
Just yesterday, Wife of the President, Aisha Buhari ”flamed” up over the state of the hospitalwhich according to her is shameful.
But before then, Zahra had on September 29th called out the permanent secretary of the state house over the poor condition of the hospital.
Zahra asked why the hospital lacked basic items such as a syringe even when it has a N3. 2 billion budgetary allocations.

After she called out the Permanent Secretary, Nigerians reacted in different ways; while some applauded her for speaking out, others asked her to go and seek answers from her father.
After her mother’s speech yesterday, Zahra took to her Instagram page to reply some of the question posted by Nigerians.
The President’s daughter wrote, “I was insulted a lot about the hospital thing and I have to tell you that I laughed at a lot of them and was really sad at a lot of them because it really made me understand that a lot of Nigerians are not as educated as I thought.
“Many people were saying that I should ask my father, I should tell him. The thing is that many people are appointed at different stages and they make sure that whatever they are in charge of works out well and they monitor properly.
“So, the president can’t be at every point. He can’t be monitoring everyone’s post. It is impossible. It is literally impossible. So there are some things happening now to help with the state house hospital.”