Home » news » We Inherited Nigeria In Tatters, Those Criticising Buhari Want To Be Bribed To Keep Quiet- Presidency Reveals.

We Inherited Nigeria In Tatters, Those Criticising Buhari Want To Be Bribed To Keep Quiet- Presidency Reveals. 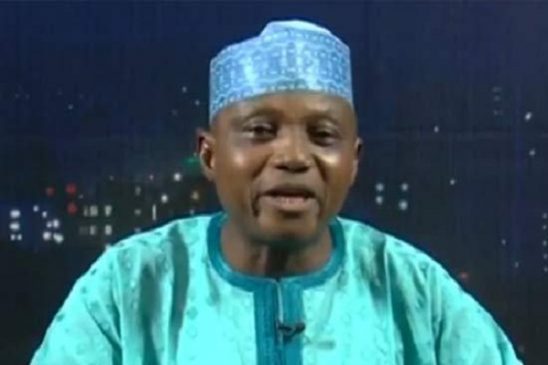 Garba Shehu, special assistant to the president on media and publicity, has accused people criticizing the buhari’s administration of seeking settlement in order to stop talking.
Shehu said the administration has abolished every act of settlement to keep critics quiet.
He further said the administration met the country in tatters and had been putting in much effort to rebuild what was destroyed.
In a report on Punch, Shehu said that Nigerians ought to give President Buhari credit for rebuilding the nation.
He said: “We inherited a country in tatters — its economy, its security and in its social relations.
President Buhari deserves credit for rebuilding what has been destroyed.


“As for those critics who are used to being settled by successive governments, with false claims to being so-called conscience of society, popping out from the cupboard on and off to drive the country towards religious and ethnic polarisation, they have no other motive but to rock the boat of good governance.
“What they yearn for is to be picked out to be paid to keep quiet.
The Buhari government has abolished settlement.”
Meanwhile, Shehu, while speaking on the agitation for secession by youths in the southeast part of Nigeria said that it was unfair for the Igbo group, Ohanaeze, to blame the recent unrest in the Southeast on the federal government.
NAIJ.com gathered that Ohanaeze had in response to the President Muhammadu Buhari’s Independence Day broadcast said the present administration’s anti-Igbo policies fueled agitations in the region.
But Shehu urged the group of Igbo leaders to see themselves as partners with the federal government in promoting peace and stability in the country.
Follow Us on Twitter!