Home » news » THE UNTOLD: How Kachikwu Not Allowed To Meet Buhari Last Friday, The Shocking Letter He Got, Why He Was Speechless After Aso Rock Disappointment

THE UNTOLD: How Kachikwu Not Allowed To Meet Buhari Last Friday, The Shocking Letter He Got, Why He Was Speechless After Aso Rock Disappointment 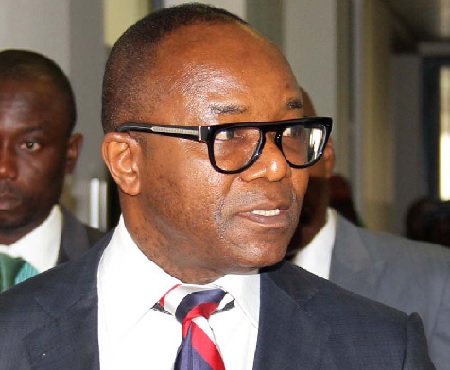 Minister of State for Petroleum Resources, Ibe Kachikwu did not meet President Muhammadu Buhari in person during his much-reported visit to the Presidential Villa in Abuja last Friday.
Sources said Mr. Kachikwu only met Buhari’s State House Chief of Protocol, who reportedly handed some documents to the Minister relating to an investigation involving his brother, Dumebi Kachikwu, and a woman named Simbo Ayinde.
Our presidency source stated that if Buhari met Kachikwu, photographs would have been released to that effect, asked that there might be photos our source noted if any photographs existed it was just possibly a photo op to fool Nigerians that any solid meeting took place between Buhari and troubled Kachikwu.
According to the documents, Ms. Ayinde reportedly wired funds into Dumebi’s account in 2015 during the Minister’s tenure as the Group Managing Director of Nigeria’s National Petroleum Corporation.
An EFCC report describing that transaction in detail had been available to President Buhari, who reportedly met the Minister over the scam, with Mr. Kachikwu flatly denying any involvement.

SaharaReporters has also learned that the National Crime Agency of the United Kingdom recently indicated an interest in quizzing Kachikwu over the bribes which had been paid into his brother’s account after they reportedly found that the younger Kachikuwu funneled those funds to the Minister’s credit card accounts.
Our investigation shows that President Buhari was planning to fire Kachikwu, but was restrained because of the Minister’s role in helping to calm Niger Delta militants who were at the time blowing up pipelines.

Presidency sources told SaharaReporters that Kachikwu decided to leak his memo through People’s Democratic Party sources after his lawyers in the UK learned he was being monitored by the NCA. Thereafter, he appears to have chosen to go under the radar, switching off his phones and speaking only through third parties.
On the other hand, the Buhari cabal at the villa, led by Chief of Staff, Abba Kyari and Buhari’s powerful cousin, Mamman Daura, who are said to be solidly behind Maikanti Baru, the NNPC Group Managing Director, in his determination to whittle down Kaichukwu’s influence.
For instance, last Friday, the same day Buhari refused to meet Kachikwu, they had Baru attend Jumaat prayers with the President.
They also decided that Baru should go all out to debunk all the concerns Kachikwu raised in the leaked memo, which is exactly what the GMD did this morning, audaciously asserting that he does not need NNPC’s board approvals for actions he took on companies chosen for crude oil lifting. Kachikwu reportedly recommended four of the companies that were chosen by Baru.
Last week Thursday, Senate President Bukola Saraki was brought into the matter by members of the cabal led by Isah Funtua, who met with Mr. Saraki at a guest house to discuss how best to stay with Baru in his fight.
Saraki reportedly told them that Baru had been uncooperative by letting go of one of the companies he nominated to lift crude during Mr. Kachikwu’s time at the NNPC. The Senate had been swift in demanding an investigation of Baru after Kachikwu’s letter was leaked.
Sources told SaharaReporters that the cabal assured Saraki he will be taken care of by the NNPC in subsequent awards.