Home » news » The So-called Buhari In Aso Rock Is FAKE, Was Cloned In UK To Deceive Nigerians - Watch Video of Asari Dokubo's Claim

The So-called Buhari In Aso Rock Is FAKE, Was Cloned In UK To Deceive Nigerians - Watch Video of Asari Dokubo's Claim 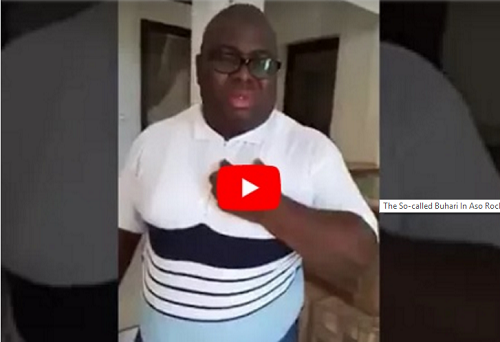 Former Niger Delta militant leader, Asari Dokubo, has insisted that the current Nigerian President, Muhammadu Buhari, was cloned in London.
Asari predicated his claim on the fact that the president struggled to deliver his Independent Day speech.
The former Militant leader maintained that while the president was reading his speech, it would be observed that the “man they have in Aso Rock” was “trying to mimic” the original Buhari.
In a video which surfaced online yesterday, Dokubo said, “A lot of people have been wishing me happy Independence but I told them not to, because I’m not a Nigerian.


“So this man they have in Aso Rock was speaking, even from his voice, you will know that he was cloned.
“You know that there is this thing called cloning, most western judo-Christian country pretend to say they banned human cloning except for the purpose of research into health and to save life.
“So we will not be surprised if they did some sort of cloning in all the period this man was incubating in Abuja House in London.
“The way he was talking, you will notice that he was trying to mimic the original one but he didn’t succeed, we were not deceived.”
Watch video: