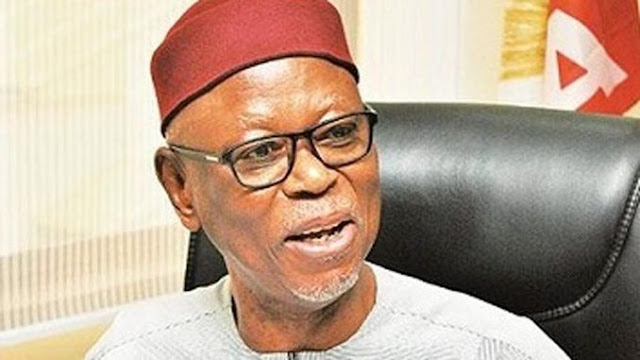 Prominent leaders in the South-South geo-political zone on Tuesday urged the National Chairman of the All Progressives Congress (APC), Chief John Odigie-Oyegun to remain steadfast in his fight for the enthronement of ideal democratic culture in Nigeria.
They also lauded Oyegun for playing a pivotal role in the fight against corruption.
Reacting to the orchestrated attack on the person and leadership of Chief Odigie-Oyegun by some misguided youths and their backers, the leaders described the calls for Oyegun’s resignation as puerile.
“These individuals do not mean well for the ruling party. Chief John Odigie-Oyegun is on the right track. He deserves the encouragement of all” the leaders said.
In a statement akin to a reckless juvenile bravado, Peter Oyewole demanded the immediate sack of Oyegun. He also accused the national chairman of not supporting the anti-corruption crusade of the President Muhammadu Buhari led-APC government.
“This is a laughable accusation and shows the ignorance of those behind the protest” the leaders said.
In a statement in Abuja, the leaders repudiated the Youth protest at the National Secretariat of the ruling party in Abuja.
“These protesters and their sponsors are driven by hatred and selfish ends.”
Signed by the Chairman, South-South Front (SSF), Chief John Harry, the leaders applauded Oyegun for the dignity, diligence and dedication demonstrated in his duties as national chairman.

“We are in Abuja to show solidarity with Chief John Odigie-Oyegun. The actions of people calling themselves Save APC Democracy Youth Vanguard deserve unequivocal condemnation” the leaders said.
They advised the youths and their sponsors to look for better ways of seeking relevance.
“Peter Oyewole and other misguided youths should find more constructive things to do “
They also urged the national chairman to remain firm and not be distracted in the onerous task of building the ruling party.
“We cannot afford any further distraction as the tasks ahead of this government are enormous. Let Oyegun continue with his good works. Let the good people of Nigeria, not be misled.”
“APC is the most democratic party in Nigeria. Oyegun is securing level playing field for APC members” the leaders added.
Follow Us on Twitter!