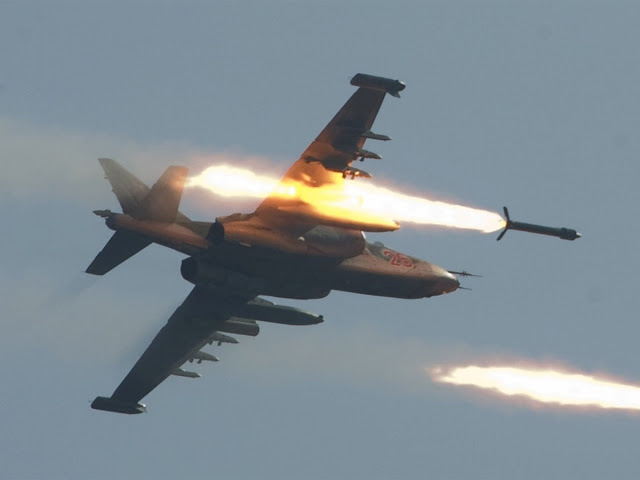 Russia’s military says its airstrikes in eastern Syria this week killed more than 300 Islamic State (ISIS) militants.
Russia has been a major backer of Syria’s President Bashar Assad whose government troops have been advancing in the eastern province of Deir el-Zour against IS under the cover of Russian airstrikes.

Meanwhile, the Kurdish-led Syrian Democratic Forces are also marching against the Islamic State group, backed by the U.S.-led coalition.
Russia’s Defense Ministry said in a statement early on Tuesday that its airstrikes just outside Deir el-Zour, on the eastern bank of the Euphrates River, killed more than 304 IS fighters and left more than 200 wounded.
The ministry says the airstrikes also hit and destroyed an IS training center, as well artillery positions, tanks and ammunition depots belonging to the militants. (Fox News)