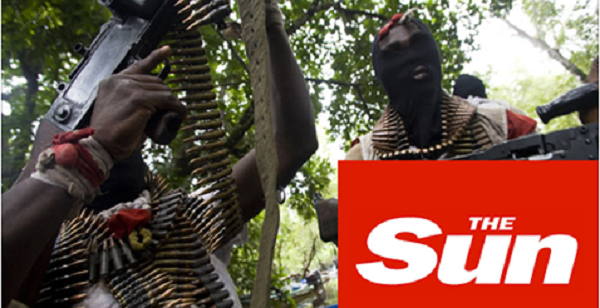 Unknown gunmen on Monday, October 2, shot and killed a circulation representative of the Sun newspaper, Fabian Obi, in Onitsha, Anambra State.
The incident took place at about 10:25 a.m.
They were said to have stormed the Sun office at the old market in Onitsha on a motorcycle.
A reporter with Sun newspaper who did not want his name to be mentioned confirmed the incident to our correspondent.
He said, “They ( robbers) have killed our circulation man . I’m rushing to  the hospital where he was taken to. But, I can confirm to you that the incident happened and that our circulation rep is dead”.
Our correspondent gathered that the robbers shot Obi three times and took away money.


Confirming the incident to reporters in Awka, the State Police Public Relations Officer, Nkeiruka Nwode, said the command was on the trail of the suspects, adding that they must be apprehended and made to face the law.
While commiserating with the Sun Newspaper and  the family of the deceased, she assured residents of protection of their lives and property.
The body of the deceased had been deposited at the Boromeo Hospital morgue.