Home » global » Militant Suicide Bomber Arrested With Tonnes Of Explosives After Being Shot By Police. (Photos)

Militant Suicide Bomber Arrested With Tonnes Of Explosives After Being Shot By Police. (Photos) 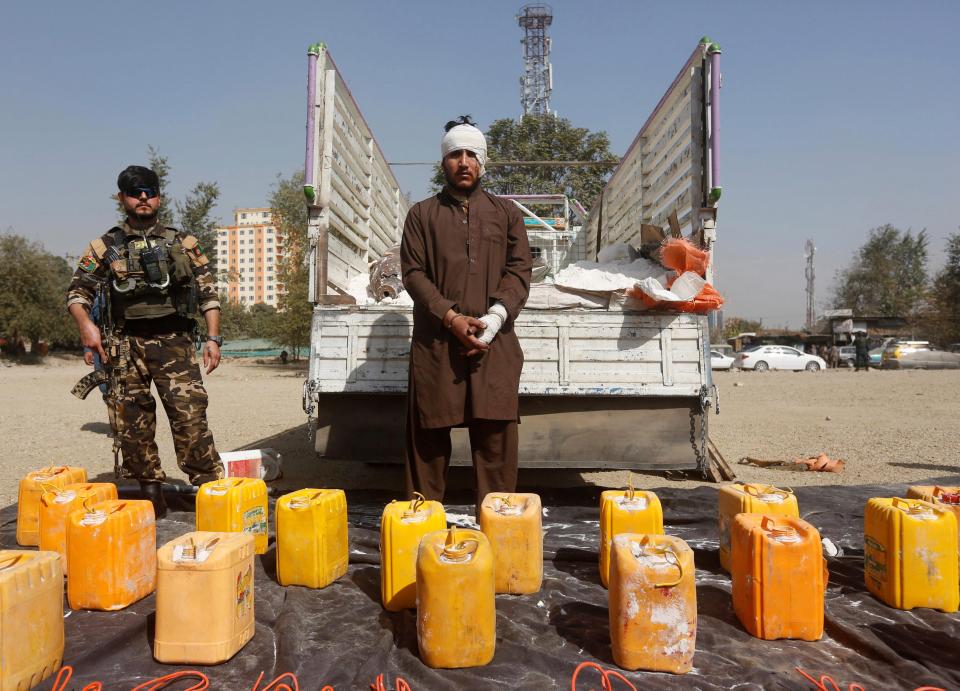 A Taliban prospective suicide bomber has been apprehended by security operatives in Afghanistan. The would-be suicide bomber was paraded along with three tonnes of explosives they say he had in his truck. According to media reports, Police seized a lorry packed with explosives hidden under boxes of tomatoes in Kabul.
Policemen shot and wounded the driver of the vehicle after he failed to stop at a security checkpoint late Saturday.
After searching the truck, officials said it was found to be loaded with 30 yellow and orange plastic drums filled with explosives and two bombs weighing 16-stone each.
The ministry said in a statement: “The driver wanted to flee with the truck from a police checkpoint but the police shot him. The driver was wounded and the truck stopped.”

Each 20-litre drum contained ammonium nitrate, which is also used to make fertiliser, according to A Western security source.
The alleged insurgent was shot and wounded at a police checkpoint in Kabul
Pictures show the containers were connected by yellow electric cables.
The only thing missing was the device to detonate the explosives, he said.