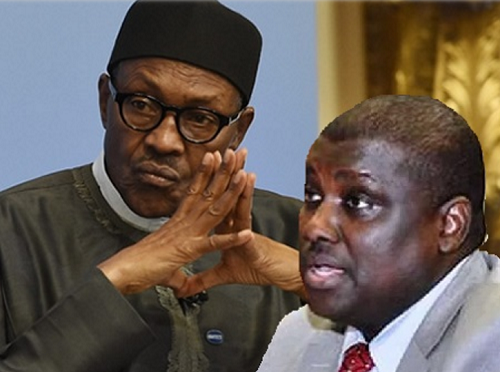 The Economic and Financial Crime Commission, EFCC has traced about £6m pension funds to the UK  and uncovered 66 pension accounts in the Office of the Head of the Civil Service of the Federation(OHCSF).
There was suspicion that the £6m might have been tampered with by some government officials, who are now pension suspects.
According to The Nation Newspaper, Two former Heads of the Civil Service of the Federation(Engr. E. Okeke and Prof. O. A. Afolabi) reportedly did their best to protect the funds from being tampered with

The top source added: “The EFCC has done enough in unraveling pension fraud syndicate in OHCSF, Presidential Pension Reform Task Committee, Police Pension funds and the Nigeria Union of Pensioners (NUP) check-off dues among others.
The source said: “It is certainly a huge racket by civil servants some of who are still in the system. For instance, our team uncovered  £6m pension funds in an account in the UK. The money was  for the payment of the pensions of some British colonial officers who served in Nigeria.
A report on the said account in the UK said: “In respect of the Federal Government 6million pounds sterling investment in the U.K with Crown agents, it is worth noting that the information was discovered as a result of a search executed in the residence of Dr. Shuaibu  Sani Teidi during the course of our investigation.
“Dr. Shuaibu Sani Teidi failed to disclose the account during his handing over when he was leaving the Head of Service. Mr. Charles Bornant was invited and he confirmed that Dr. Shaibu did not disclose nor include the account in his handing over. Investigation into the account is still ongoing based on relevant information at our disposal.
“During the course of investigating fraud in the Pension office of the Head of Civil service of the Federation (OHCSF), a search warrant was executed in the residence of Dr. Shaibu Sani Teidi (former director Pension Accounts) where a laptop was recovered. From the analysis of the computer laptop, a document captioned “Report of the visit to Crown Agents Investment United kingdom” was discovered. The document reveals the nature of the investment made by the OHCSF with Crown Agents Investment, UK (copy attached).

“The Investment Account was brought to the  attention of the OHCSF via a letter with reference No. CR:3000/EFCC/ABJ/EGFED/PEN/VOL.1/375 dated 18th February, 2011, while requesting for the following information:
List of Pensioners in Diaspora and their payment point(s)
Records of remittances of funds to all payments point
iii. Details investment of pension funds with Crown Agents Financial Services
“On receipt of our letter the OHCSF made further enquiries and responded to us via a letter dated 22nd February, 2011.
“The following facts emerge from our Investigation.
a) That the OHCSF maintained an overseas investment account with Crown Agent Investment Management United Kingdom titled “Nigeria Federal Civil Service Pension Fund”;
b) That the current Management agreement was drawn on the 23rd of May, 1990, attempt was made to review it between 20th to 22nd January 2009;
c) That the Crown agents have a representative in Nigeria;
d) That the market value of the Fund as at 31/03/2011 was GBP 6,275,176.80;
e) That Engr. E.O Okeke (Head of Service)   and Dr. S.T Shuaibu (Director Pension Accounts) were the signatories to the account between 30th July, 2007 and 6th July, 2011.
f)  That Prof. O.A Afolabi (Head of Service) and Abdulrasheed Maina (Head Pension Task Team) became signatories of the account on 6th July,2011 after our discovery;
g)  That the current signatories to the account were only updated in July 2011, several years after Engr. E.O Okeke retired from Service and Dr. S.T Shuaibu redeployed from OHCSF. Dr. Shuaibu failed  to properly hand over to his predecessor;
h)  That the former Head of service Prof. O.A. Afolabi instructed that the total sum of GBP36,717.68 should be remitted to the Nigerian High Commission office in London for the payment of the outstanding and subsequent pension due to the expatriate (colonial service) pensioners.
”Our investigation revealed that the NUP are entitled to 1% only of the total monthly pension as Union Dues, which is being paid by the OHCSF on monthly basis. In view of the above, the OHCSF confirmed that the total amount entitled to NUP between 23rd of April, 2008 and 10th March, 2011 is N780,000,000.00. However, it was discovered that the Union connived with Dr. Sani Shaibu to inflate the figures by N1.5billion.
“Hence, they were paid the total sum of N2,290,593,322.35 (N2.3billion) from the OHCSF within the period. The President and Secretary of the NUP, Alh Ali Abatcha, and Eleder Actor Zal confessed that they returned the inflated amount to Dr. Shuaibu. The case has been charged to court.”
Meanwhile, the purported N5,476,000 estacodes remitted to the former EFCC chairman  was actually paid into an account in a first generation bank, according to sources close to the investigation of the multibillion naira pension scandal.
There  was a twist yesterday following the release of a fact-sheet, which states that no former EFCC chairman collected N5,476,000 for overseas trips from Maina.
The document said: “It is hereby stated categorically that the former EFCC chairman never received any payment whatsoever in respect of any trip in OHCSF/Police Pensions and neither embark on such trips.
“That Estacode payments to the tune of N5,476,000 purportedly made for the Executive Chairman  was discovered to have been paid into the First Bank acct. No. 4033010067733 belonging to one Christian Madubuike who is an account clerk with Police Pension office (PPO).
“The money was subsequently withdrawn from his account and handed over to Mr. John Yusuf  (AD Accounts PPO). However John Yusuf admitted receiving the monies but claimed that he remitted same to Abdulrasheed Maina.”