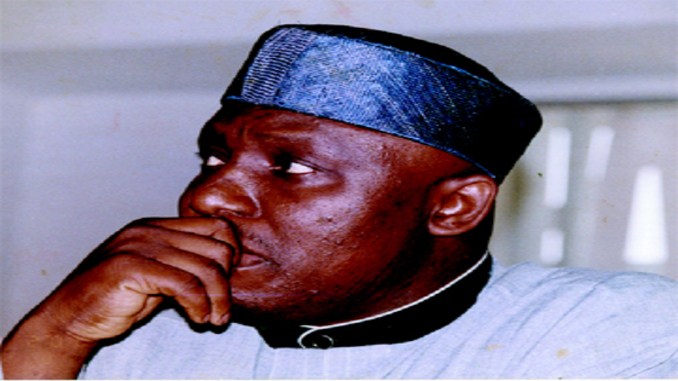 A young lady has taken to her Facebook profile to reveal how her state governor is giving out dud cheques to pensioners.
The lady identified as Chinwe Oge Udeariry on Friday, October 27, took to her social media handle to blast the Imo state governor, Rochas Okorocha for disappointing pensioners who have worked hard over the years.
Udeariry was able to confirm the dud cheque because her mother was given one. She added that the governor cannot pay pensioners but have money to erect the statue of Jacob Zuma in the state. Her post reads:
“So my mom collected her pension cheque last week and was really happy that after so many verifications she was paid, only for her to go to bank and it was a dud cheque. Our governor is now giving dud cheque to pensioners but he has enough money to erect Jacob Zuma statue.

This is men and women that worked 30 years in service to their state and Country. And people will say this man has a conscience. #whenevilmenareinpowerthepeoplesuffers.”
It could be recalled that on Sunday, October 15, the Imo state governor was under fire after he unveiled the statute of the South African president, Jacob Zuma.
Follow Us on Twitter!