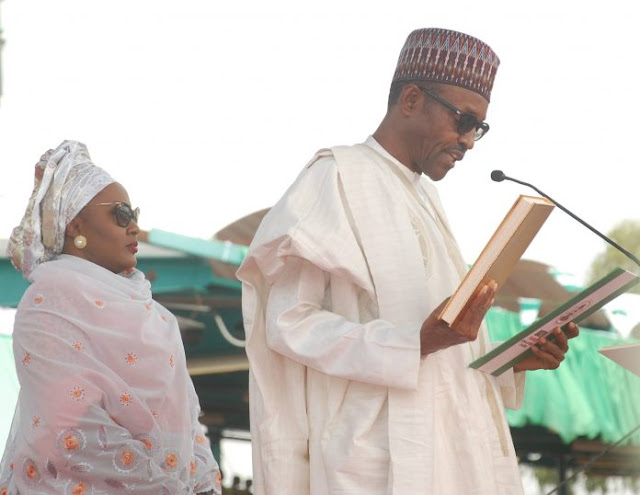 A youth group from the North Central parts of the country says it would throw its backing to President Buhari to go for a second term in 2019.
With less than two years to the 2019 general elections, youths from North-Central parts of Nigeria have called on President Muhammadu Buhari to warm up for second term reelection as he has performed well enough to earn another term.
The group under the aegis of North Central Youth Leaders Forum [NCYLF], while acknowledging the impact of the current administration led by President Buhari on the zone, said he needs a second term in other to sustain the ongoing war against corruption and effective management of Nigeria's resources
A communiqué issued at the end of its one-day general assembly held during the weekend in Minna, the Niger State capital, the youth leaders said the Forum shall commence consultations with eminent Nigerians to convince President Buhari to seek re-election in 2019.
The communiqué jointly signed by Hon. Alfa Nma, National Coordinator, Zara Fatima Ibrahim,  Chairman, Communique Drafting Committee, and Nurudeen A. Iliyas, also warned against moves by some persons to tear the nation apart.
The NCYLF noted that after a critical assessment of the President Buhari's administration and its impact on the good people of North Central Nigeria, considering the economic recession and the quick improvement of the nation's economy, it resolved that the region would remain committed to the unity of the entity called Nigeria:

“The North Central Geopolitical Zone, which voted immensely for President Buhari in the 2015 general election, is not in any way, left out of the present administration as the zone is highly favored through the 2017 budget and the various appointments of key government functionaries both in the executive, legislature and the judiciary.
We want to make it clear that the North Central States are not part of any separatist agitation, ultimatum, or whatever they are called as we are committed to one united Nigeria.
We also resolved that the anti-corruption war of the Federal Government must continue irrespective of corruption fighting back in many forms.
And while fighting corruption, Mr. President should have it in mind that there were some patriotic Nigerians who were fighting corruption during the previous administrations but corruption ganged up and they were framed up to be corrupt.
Such people should be immediately cleared and made to join the anti-corruption crusade.
Considering the political nature of Nigeria, the forum resolved that President Buhari should seek re-election in 2019 as the entire North Central Youths are ready to support his second term in other to sustain the ongoing war against corruption and effective management of Nigeria's resources.”
The Forum also lauded the Niger State governor, Sani Bello, for taking workers welfare as his major priority by not only paying salaries up to date but also increasing the workers’ welfare package.