Home » news » JUST IN: Trouble looms as kinsmen urged to resist move to harass, embarrass Jonathan or members of his family

JUST IN: Trouble looms as kinsmen urged to resist move to harass, embarrass Jonathan or members of his family 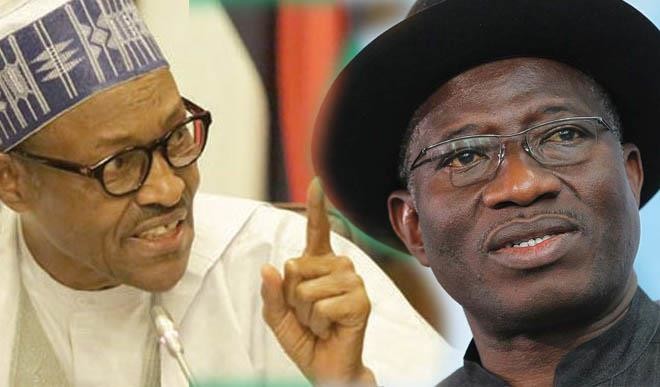 President Buhari-controlled Federal Government has received a stern warning by the Ijaw Youth Council Worldwide to leave former President Goodluck Jonathan and his family alone.
The warning was given by the spokesman of the group, Daniel Dasimaka while reacting to the Federal High Court subpoena on the former President to appear as a defence witness in a case involving the former National Publicity Secretary of the Peoples Democratic Party, Oliseh Metuh, The Punch reports.
Dasimaka urged their kinsmen to resist any move to harass and embarrass Jonathan or members of his family over trumped-up charges.

The IYC spokesman noted, “It is against this background that the IYC is calling on all Nigerians to wake up, see through the machinations of Buhari’s government and resist the latest attempt to denigrate Jonathan.
“We are not against the wheels of justice turning smoothly in the determination of cases by the judiciary. What we are against is the politicisation of judicial process by trying to blackmail Jonathan or any citizen.’’
Follow Us on Twitter!