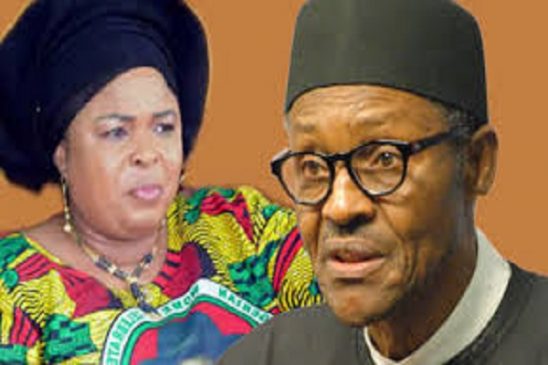 Patience Jonathan, has accused EFCC’s Boss Magu of being bent on destroying her family, all because of the role she played in the 2015 election.
DailyTrust reports that Patience Jonathan, in a statement released by Belema Meshack-Hart, her Chief Press Secretary, further asked President Muhammadu Buhari to call Ibrahim Magu, the acting chairman of the EFCC to order.
According to her, despite Michelle Obama campaigning against Donald Trump in the presidential election, he has not moved against her. The Statement reads;
“We believe that she is being systematically persecuted and punished because of her unflinching support for her husband during the 2015 elections.

“President Buhari should be reminded that his wife also supported him in all the elections he contested against her husband, former President Jonathan, but Dr. Jonathan did not at any point in time, carry out personal vendetta or go after Buhari’s wife.
“That is the standard practice in all democracies around the world. For instance, Michelle Obama campaigned vigorously for her husband’s party during their last Presidential election, but we are yet to see President Donald Trump move against her. One thing is clear.

No matter what they do to Mrs. Jonathan, she will continue to stand by her husband, the father of her children, even if it means paying the supreme price with her life.
“We wish to place it on record that in the history of this country, no wife of any President had been so far investigated in such flagrantly vindictive and disgraceful manner, as has been the fate of Mrs. Jonathan, in the hands of EFCC
“As a tradition, every first lady in this country has had one pet project or the other. Mrs. Jonathan started her NGO in Bayelsa State 11 years ago when her husband was the Governor of the State. With it, she has, over the years, touched the lives of many Nigerians in different ways.
It is then surprising that while other First ladies and their pet projects were left alone, it is only her activities and that of her NGOs that are being subjected to indefinite probe”
Follow Us on Twitter!