JUST IN! Buhari in Closed-Door Meeting With APC Leaders 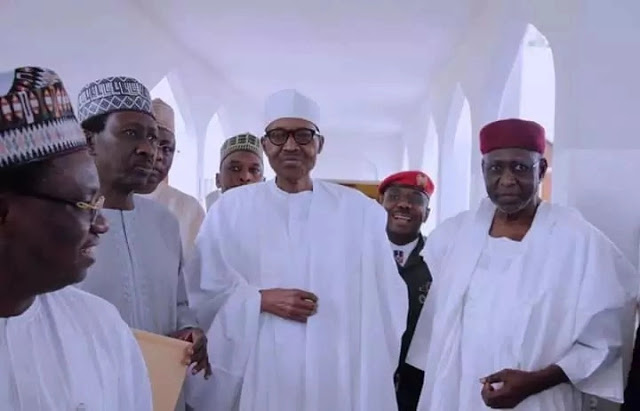 President Muhammadu Buhari is currently chairing a national caucus meeting of the governing All Progressives Congress, APC. The meeting has in attendance Vice President Yemi Osinbajo, the newly appointed Secretary to Government of the Federation, Boss Mustapha, and members of the party's National Working Committee, governors and some ministers as well as other top party officials.

The leadership of the National Assembly led by Senate President Bukola Saraki and Speaker of the House of Representatives, Yakubu Dogara, arrived about 10 minutes after the meeting had started. The meeting, which is holding at the new Banquet Hall of Aso Rock Presidential villa, Abuja, is a prelude to the party's National Executive Committee, NEC, which will hold Tuesday at the party's national secretariat.
Follow Us on Twitter!