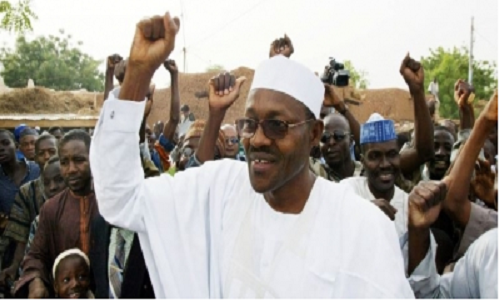 The Advanced People’s Democratic Alliance (APDA) has urged the Federal Government not to relent in its efforts at ensuring that all treasury looters were brought to justice. The party made the call a statement on Sunday in Abuja by its National Publicity Secretary, Mr Tosin Adeyanju, as Nigeria celebrates 57th Independence anniversary. It also advocated that known and suspected treasury looters should be stopped from participating in campaigns for elective positions in the country. The party urged the government to enunciate inclusive policies that would promote cohesion and national integration. It appealed to the political class and all contending interest groups to eschew violence and acts capable of impinging on the corporate existence the country. “APDA congratulates all persons that have promoted peaceful coexistence and encourages government to heed to the growing calls for constitutional review of the existing governance structures,” it said.

The party felicitated with Nigerians at home and in diaspora on the country’s 57 years of independence and 18 years of return to democratic governance. “APDA calls on Nigerians to pray for the sustenance of our growing democracy. We urge all and sundry to re-dedicate their commitments to ensuring the unity and faith in our nation as espoused by the coat-of-arms. APDA enjoins Nigerians to see the sustainability of our democracy as a social duty by acquiring voter cards and voting for only credible persons for public offices.” The party also appealed especially to women, youths and persons-living-with-disabilities to get involved in the political process.
Follow Us on Twitter!