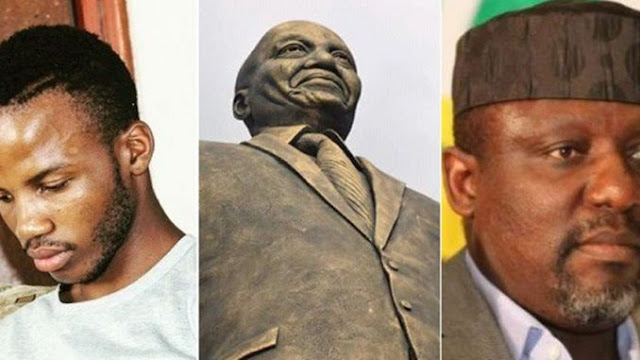 A statue of Jacob Zuma was unveiled in Nigeria, I never thought Nigeria is such a clueless country.

A large percentage of people feel it’s so improper and stupid, to have another President’s statue in a state, not to talk of naming a street after him.