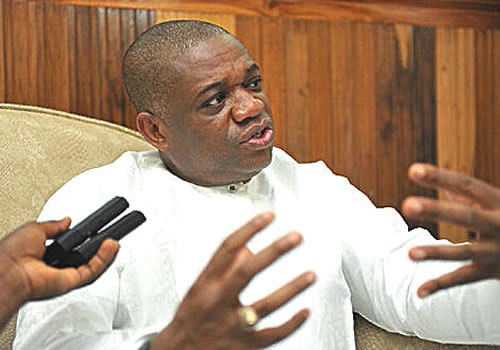 Following IPOB’s reply to the claims he made in an interview in which he alleged that IPOB’s leader Nnamdi Kanu is no longer in Nigeria, but escaped through Malaysia, former Governor of Abia State Orji Uzor Kalu in a statement released through his Special Assistant,  Peter Eze on Tuesday, said he cannot be worried about false opinions of IPOB’s spokesman and Lawyer about him, when there are so many other things to be concerned about.

He further said this is not the first time he’s been misunderstood,as most Nigerians are interested in sensational headlines and care less about details, ” I believe everyone has right priorities and knows what really matters.For instance, our Igbo brothers are safe in the North and our minds are settled over their property, and that’s what matters. Dancing to the beats of a popular drum isn’t top of my list. These boys hurling abuses and insults on everyone that stands against division are simply ignorant.I forgive them” he said.
The former Governor who chided IPOB further claimed the group was running the interest of some politicians and despising good counsel, as he further said it is laughable when people try to link his actions with corruption charges leveled against him since 2007.

According to him, Nigerians knew him before the charges and the genesis of the  allegations and how it was  targeted to destroy him politically.  He however said the case being in a court of competent jurisdiction, he prefers not making further statements on it.


Orji Uzor Kalu also advised IPOB to be more civil in their utterances, as he said that attacking his personality  and leaving the issue he raised makes them look irresponsible, as he claimed that him being silent in the face of Biafra agitation and its dangerous consequence would amount to wickedness and disregard for safety of lives of the Igbo people.
” I wonder how IPOB easily forgot their lines. They have had many of  their detained members bailed through my intervention.

“Would it be appropriate for even somebody like Emma Powerful to heap unprintable  insults and accusations on me? I bailed him out when he was detained and was left to rot in prison.

“When Nnamdi  was in prison, I was the first to visit him thus opening doors for others to do same.I did that because he is my brother.  Although he showed a lot of appreciations during the visit but  he still maintained his ground on Biafra. For the sake of posterity , I have made my stand clear. In a restructured Nigeria, Igbo people would be better off .We got it wrong in 1967 and we need to get it right now, else we get it wrong again.” Kalu warned  in the statement.
Follow Us on Twitter!