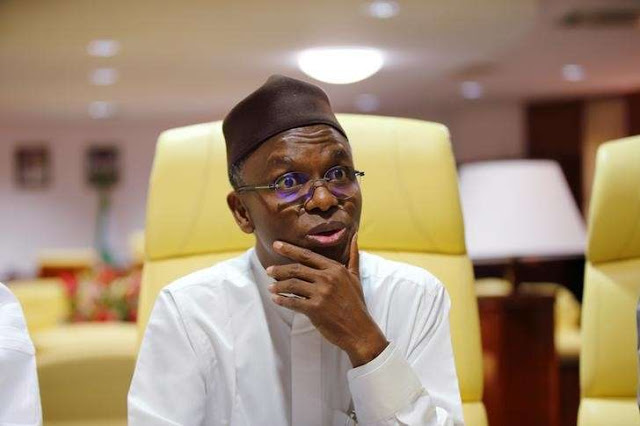 Alhaji Muhammadu Abdullahi Sugar, a political associate of former Vice President Atiku Abubakar has accused Governor Nasiru El-Rufai of Kaduna State of using the Nigerian Ports Authority (NPA) to fight the ex-VP.
Sugar was reacting to the news of the termination of Atiku’s Intels Nigeria Limited’s Boats Pilotage Monitoring and Supervision agreement entered with NPA.
He said the action was the “handiwork” of El-Rufai.
According to Sugar, President Muhammadu Buhari might not be aware of the development, saying, “Intels is a legitimate company doing legitimate business based on agreement with the NPA.
“We know too well that this is the handiwork of El-Rufai; but we want him to remember that even his boss, in the person of Chief Olusegun Obasanjo, tried to pull Atiku down when they had issues but the former vice president came out stronger.

“All efforts to paint him (Atiku) black with false allegations of corruption failed, and this one too will go the same way by Allah’s will,” he said.
Sugar further said El-Rufai should be reminded of how Atiku brought him from “nowhere to limelight.”
The APC stalwart urged the National Assembly to genuinely look into the issue of NPA and Intels, insisting that the company had not violated any law.
“Atiku started this company from a container in 1982 and today it has become one of the companies to reckon with in this country; employing thousands of Nigerians. Therefore, rather than trying to edge him out of business, he should be commended,” he said.
“He brought out his resources in 2015 to support Buhari and the APC in all elections. But when the government came on board, he was not given any ministerial slot or any appointment to nominate any of his supporters, yet he kept quiet and now you are paying him with this? It’s unfortunate,” Sugar added.