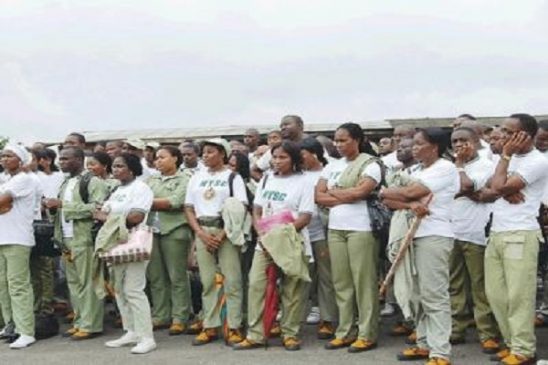 A National Youth Service Corps Member, name withheld serving in Cross River State was allegedly r aped by one Michael Edet, who has been arrested by the State Police Command.
The victim, Edet broke after into her residence in Ekpri-Obutong in the Bakassi Local Government Area of the State to commit the atrocity.
It was learnt that the incident happened on Friday at about 11pm at Block A6, Obutong Estate in Ekpri-Obutong when the residents were fast asleep.
An eye witness, the victim’s neighbour, who remained anonymous, said the suspect broke into the house of the corps member at about 11pm on Friday and allegedly defiled her before carting away her valuables, including phones and cash.
“As you can see, these houses don’t have burglary-proof bars. It is just the glass and anyone can enter at any time. We live in a very dangerous environment and we have been facing serious security challenges in this estate.


“This is not the first time they are r aping women in this place. It is quite unfortunate that this time, it is a visitor (corps member) that was the victim.
“We learnt that she had been moved to Calabar because as we speak, she is still in shock. But we are also happy that the police did a good job by apprehending the culprit. We believe that justice will be served.”
A police source said the suspect went into hiding after realising that he had been recognised, adding that he was eventually apprehended at Akpabuyo.
According to Punch, the police said the suspect was a popular petroleum dealer in the area with a wife who recently put to birth.
When contacted, the Police Public Relations Officer (PRO), Irene Ugbo, confirmed the incident, adding that the suspect had been arrested and was already in the police custody.
She said, “It is true. We have arrested the suspect and he has been identified by his victim as the person who broke into his house that fateful night.”
Follow Us on Twitter!