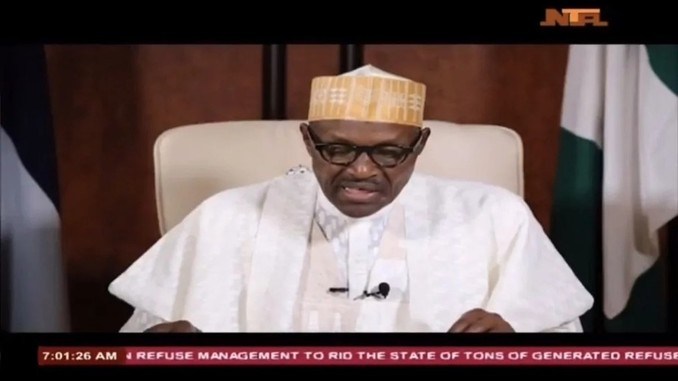 The Peoples Democratic Party (PDP) has reacted to President Buhari’s Independence Day speech, their reaction as published on the official PDP Facebook page registered their disappointment in the speech
It was signed by Prince Dayo Adeyeye, the national publicity secretary of the party
There have been mixed reactions to President Buhari’s Indpendence Day speech. Some positive, others negative. In a tweet on Monday, October 2, Fani-Kayode said the president’s speech confirmed his earlier submission that Buhari hated the Igbos.
Below is part of what the PDP had to say:
1. Like every other right thinking Nigerian, the PDP, watched with utter shock and disbelief, the Address made by President Muhammadu Buhari to Nigerians on October 1st, on the occasion of Nigeria’s 57th independence anniversary.
2. Though as a Party, we never expected anything fantastic from the President but the level of emptiness portrayed in the statement was too grave to be ignored.
3. The attempt to hoodwink Nigerians again, we wish to note, did not succeed this time around; as the Speech, tailored towards deceiving the populace who are already in the worst form of livelihood brought upon them by the ruderless government of the All Progressives Congress (APC) could not do the magic they hoped for.
4. We feel ashamed on behalf of the APC government which promised much but almost three years into its tenure, has no meaningful development to show to the people except mere continuous deceit, blame game and display of lack of vision in actualization of its bogus campaign promises for good governance.

5. We wonder how President Buhari can, after two and half years of being on the saddle still maintains the stale rhyme of meeting an empty treasury after all the hard evidence of huge funds left behind by the PDP led-administration of Dr Goodluck Jonathan administration?
6.We still ask, and we expect an answer, though we know nothing will be offered as explanation, “Where did the APC government get the money paid out by President Muhammadu Buhari as first bailout funds to states few weeks into his administration?
7. Another remarkable falsehood that caught our attention from the president’s uninspiring speech is the super-imposed narratives of how successful the APC administration has handled the issue of insecurity in the country especially, in the northeast zone.
8. While the government rejoice in self delusion, we make bold to say that since this government took over government more than two years ago, it’s all motion with no appreciable movement.
9. While the government of the PDP was able to curtail the terrorists and ensured elections were peacefully held in the troubled zone without anyone getting killed during the elections of 2015 by terrorists.
We observe that the situation in the northeast has worsened in the last two and half years.
A complete counter of the promise made by the APC government to effectively rout the remnants of the terrorists within two months of assuming office.
10. As far as we are concerned, the only achievement of the APC government regarding the issue of the Boko Haram insurgents, is the inability of government to protect Internally Displaced Persons (IDPs) who are being bombed at will by insurgents.
Follow Us on Twitter!