Check Out Top 10 Secret Cu.Lt Groups In Africa/Nigerian Universities, Their Motto And Symbols Will Surprise You – Fear Number 2 & 3 They’re Deadly 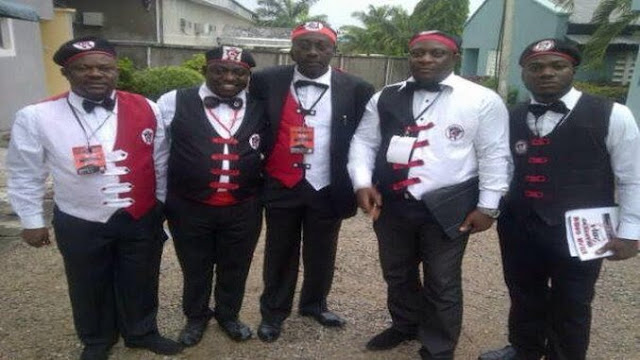 Why are cu.lts so popular among the youths nowadays?
What are the main types of cul.tism in Nigeria and what symbols do they have? Let’s look through the essence of each of them!
It is possible that lot of people don’t even know that there is a list of cu.lts in Nigeria, which usually thrive at universities and even outside of campus.
The main reasons why some people become members of such movements are the lust for the power, riches, and prestigious status in the society.
What is cu.l.tism?
According to the Oxford Dictionary, cultism can be described as a religious or social group whose beliefs are secret, individualistic, and esoteric. Actually, cultism involves carrying out some ritualistic practices.
Usually, cu.lt,ists share some common objectives and ideas.
So, they are unknown to the society and also, some c.ul.t leaders’ true intentions are unknown even to the members of the particular cu.lt. So, let’s summarize the main characteristics of cul.tism:
1) it is a spiritual or religious practice;
2) it is a secret practice;
3) it is practiced by a group of individuals;
4) its policies are unknown to the general public;
5) it has an impact on the lives of the individuals;
6) it’s people have a common value.
The first cu.lti.sm movement in Nigeria was called “Pyrates”. It was founded in 1952 by Nobel Prize winning author Wole Soyinka and his friends.
Later they were called “Sea Dogs”. After some time, another kind of community was created. These are what we known today as “se.cr.et cu,lts”.
Top 10 Cult Groups In Nigerian Universities and their symbols So, let’s look through the main types of cultism in Nigeria and their symbols. Some Nigerian confr@ernities do not hide their symbols, while others keep them in secret and only members of that cult know what they are.
1) Pyrate Confr@ernity
“The National Associations of Sea Dogs” As we have already mentioned, it is controversially the first “se.cret cu.lt” in the Nigerian University System. Its two main symbols are a sku,ll, two cross-bones and an anchor.
The cu.lt’s purposes are: “against expiring convention, tribalism, for humanistic ideas and partnership and knighthood.”But their hay days soon ended when the Buccaneers branched out from them.
2) Buccaneers Confr@ernity

“The National Associations of Sea Lords” Established by the Bolaji Carew, the Buccaneers came to be very mighty and become the major rival to their mother “Pyrate Confr@ternity” (because they were splintered from them).
In 1972, Bolaji Crew and some others were expelled from the Pyrates. A major impetus for the creation of the new confr@ernities was the fact that members of the new groups simply did not meet the high academic and intellectual standards set by the Seadogs, and thus considered the original organization to be elitist.
Carew was the founder of the Buccaneers Confra@ernity or as it also called the National Associations of Sea Lords. Now you may understand why their symbols and ceremonies are so alike to the Seadogs’.
3) Bl@ck A,xe
The next confraternity in Nigeria we are going to discuss today is Black Axe. Actually, this cultism community was created by neo-black students.
Their major goal was the growth of a strong body to confront those black students who suppress them. The symbol of this movement is the axe.
Here are some rules of this group: – not to betray; – not to forgive; – not to condemn, otherwise, you have to pay for it
4) Aro-Mates
The next type of cultism is called the “Aro-Mates”. It was established by three students that were once a part of the Pyrate’s Community. This cult is also called the Vik.ings cu.lt.
Their motto and rules are the following: not to retreat even before the death and “bl00D in the sea”, and to sing pYracy songs. Their symbol also contains an a,xe, to be more precise, two crossed axes and a boat.
5) Supreme Eiye
Confr@ernity or Air Lords The next one is called “Air Lords”, or “Supreme Eiye Confr@ernity”. It was founded by students who aspired for self-development and were dismissive to other types of cult.ism.
Their main opinion became: “there are no enemies, and there are no friends, just a confrarnity, and discipline”. The symbol of this movement is the skull and crossbones.
7) Ciao-Sons or mafia based cu.lti.sm
As for the Ciao-Sons ideology, its roots originated from the virtue of Italian and American mafia. Affiliated to its activity, the members invented the following rules: parties, sec,rets, and revenge against oppression.
TO BE CONTINUED
Follow Us on Twitter!