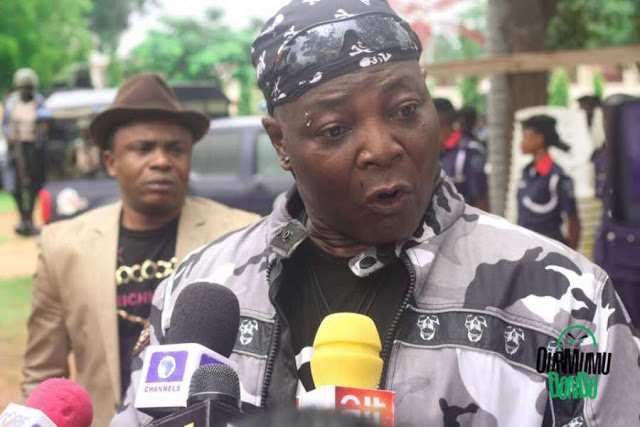 President Buhari had earlier received, but is yet to comment or act on a fact-finding report by Vice President, Yemi Osinbajo, on the $43m found in the Osborne Apartments allegedly stolen and hidden by the suspended Director of the National Intelligence Agency (NIA), Ayo Oke.
The same inaction trails a similar report on the mismanagement and theft of funds meant for the welfare of people displaced by the ongoing war against Boko Haram in the North Eastern part of the country by the suspended Secretary General of the Federation, Babachir Lawal to the tune of N270m (Two Hundred & Seventy Million Naira), among other high profile corruption cases involving top members of his administration.

In the video, Charly Boy said, “President Buhari, there is God. On behalf of all frustrated Nigerians. I want to let you know that my people are not smiling. I want to let you know that Nigerians are tired of this your ‘Jagbajantis’ government.
“You personally said you want to fight corruption. But today, Nigerians are dying of corruption caused by the same corruption happening in your government.
“Mr. President, we are tired of your ‘one chance’ government. We are tired of your display attitude of insensitivity.
“You claim to fight corruption, yet play games with corrupt people and also party with them.
“Nigerians have never witnessed the outright criminal looting of our common treasury as perpetrated by some of your top officials.
“Your actions and inaction are likely to ‘kill’ us since it appears you don’t have the will power to fight corruption.
“We are challenging you, Mr. President to act or quit. It is disturbing that a wanted fugitive who has evaded arrest for several years was reinstated and promoted in the civil service. It is also more disturbing that pardoning criminals is becoming a trend in our government”
The Presidency was yet to react to the anti-corruption protests led by Charly Boy 10 days on.
(Source: Vanguard)
Follow Us on Twitter!