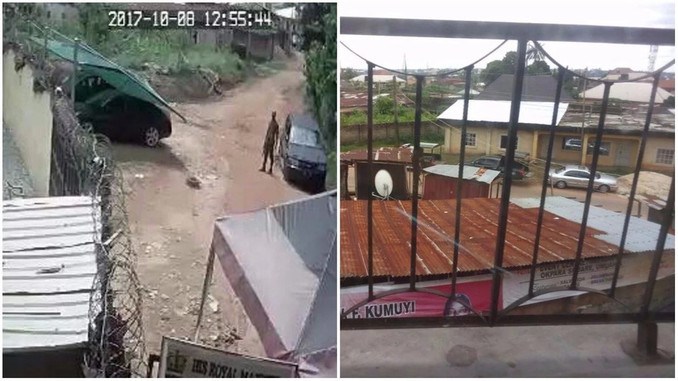 We have been telling the Army to produce my bother whose whereabouts has remained unknown since after the September 14 military invasion of our compound.” The Operation Python Dance’s desk officer, while reacting to Emmanuel’s claim, however denied that the officers looted the IPOB leader’s compound.
The officer said: “The things removed may be technical items.” He added that “somebody was arrested with weapon in the compound.” It is yet uncertain who the man arrested in Kanu’s compound is as the officer directed further enquiries from the press to the police.
The Nation reports that the spokesman of the the police in Abia state, Geoffrey Ogbonna, is yet to react to the report or give the police side of the story.