Home » news » BREAKING: You Won’t Believe What Orji Uzor Kalu Plans To Do After IPOB Questions His Paternity For Saying Kanu Is In London {Must See}

BREAKING: You Won’t Believe What Orji Uzor Kalu Plans To Do After IPOB Questions His Paternity For Saying Kanu Is In London {Must See} 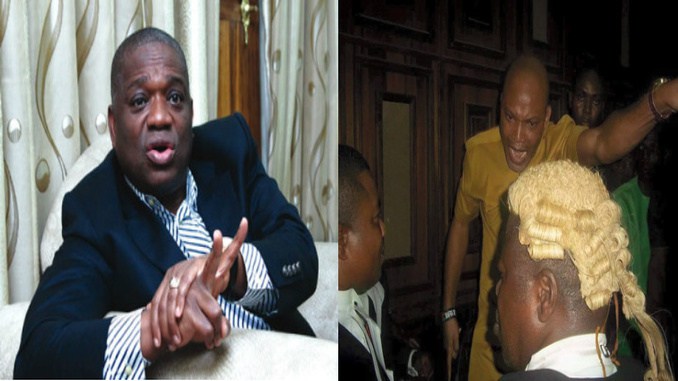 “Thankfully today you have told the world that Nnamdi Kanu cannot be bought. The politics of selling the interest of the East to the North is why all Hausa Fulani stooges in government houses across the South East ganged up with their Hausa Fulani masters to kill Nnamdi Kanu and proscribe IPOB.
Their wish having come through, they are now lining up to exonerate the military because they know their names will be mentioned as accomplices to mass murder of IPOB family members. “Orji Uzor Kalu and his co-conspirators must await the fury of the people which is slowly building up.
The same way Romans rose against the murderous Brutus and his gang that slayed the popular Julius Ceasar, so will the mob in Biafraland descend on all traitors in no distant time.
Planning and executing the mass murder of IPOB members including our leader and looking to cover up your complicity with bare faced lies, will expose and render Orji Uzor Kalu inconsequential and expose him for the Hausa Fulani slave he truly is.
The masses will set an example with the likes of Orji Uzor Kalu, Okezie Ikpeazu and Willie Obiano in no distant time that other quislings like them may learn. “We have formally instructed our attorneys to add the name of Orji Uzor Kalu as one of those who might help in locating of our leader.
He should be prepared to present his evidence in a court of law and be cross examined under oath. The surviving members of Kanu family have all denied ever talking to the lying Orji Uzor Kalu about the whereabouts of our leader, so he should be prepared to mount the witness box because his lies have gone on for far too long.”
Follow Us on Twitter!