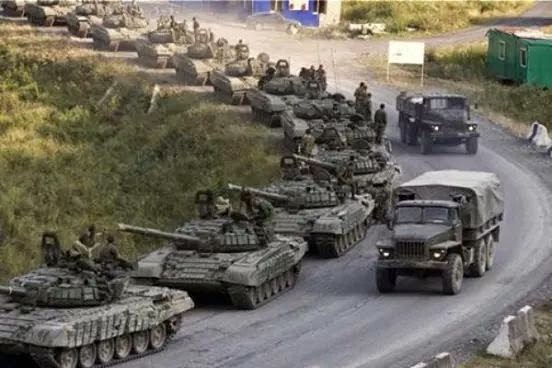 Reports coming in from Enugu indicate that there is high tension following unusual movement of troops in the city this morning.
Meanwhile, The Defense Head quarters (DHQs) has urged residents of Enugu not to panic as they see sporadic movement of military vehicles and personnel during the Captain and Major Practical Promotion Examination 2017.
Deputy Director Public Relations of 82 Division Nigerian Army, Enugu, Col. Sagir Musa, said this in a statement issued, in Enugu, on Monday.
Col. Musa said the exercise, which would run between Monday, October 16 and Friday, October 20, would involve movement of vehicles conveying troops to selected field locations for the examination.
According to him, members of the public in Enugu city and Nsude – Udi community along 9th Mile general area are hereby informed not to worry when they notice the exercise.
“In line with the directive of the Chief of Army Staff, Lt.-Gen. Tukur Buratai, the 82 Division Nigerian Army is set to host Captain – Major Practical Promotion Examination 2017, from Oct. 16 – Oct. 20.
“The examination is intended to test the intellectual and professional ability of the candidates as well as to improve on their capacity and knowledge base in the discharge of their duties.

“Eligible candidates will be tested on map reading, tactics and low intensity conflicts, communications, staff duties and French language.
“The Headquarters Training and Doctrine Command (TRADOC) Nigerian Army, will conduct the examination in 82 Division Area of Responsibility.
“A team of observers from Army Headquarters, directing staff and members of the examination panel drawn from formations and units of the Nigerian Army will be involved in the conduct of the exercise,” he said.
Col. Musa said that the Commander TRADOC, Maj.-Gen. Rasheed Yusuf, would address the 130 candidates and the directing staff at the division’s auditorium before the commencement of the exercise.
He said that the General Officer Commanding 82 Division Nigerian Army, Enugu, Maj.-Gen. Adamu Abubakar, would also make some remarks at the occasion. (NAN)
Follow Us on Twitter!