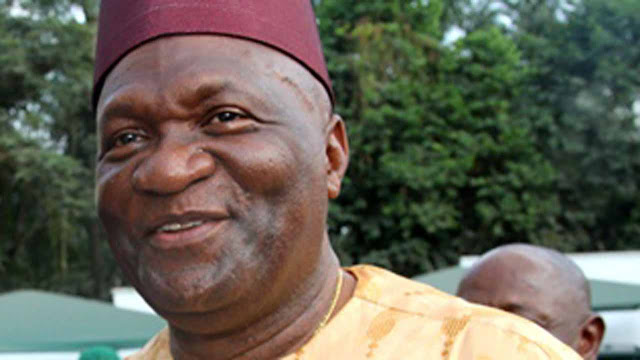 THE agitation for the restoration of Biafra appears to be receding as President-general of Ohanaeze Ndigbo, John Nwodo has advised his kinsmen to forget about Biafra.
He stated this on Thursday at the Abia State Chapter of Ohaneze Ndigbo, at the 3rd inauguration of the state and local government executives.
While speaking, he told the Igbo to forget Biafra and instead push for a restructuring of the country while describing Biafra as a 'tall order' which is not realizable under the existing circumstances.

Secondly, he said the push for Biafra would not be in the overall interest of the Igbo in their socio-economic and political relationships with other Nigerians while cautioning the members of the Indigenous People of Biafra (IPOB) on the use of hate speeches which he said would worsen their relationship with other tribes in Nigeria.
Speaking further, he said the banning of the Indigenous People of Biafra by southeast governors was in the best interest of Igbos whose major aim is to prevent bloodshed.
“We should forget Biafra and insist on restructuring. We must seek for peaceful ways of resolving the issues,” Nwodo said.
Follow Us on Twitter!