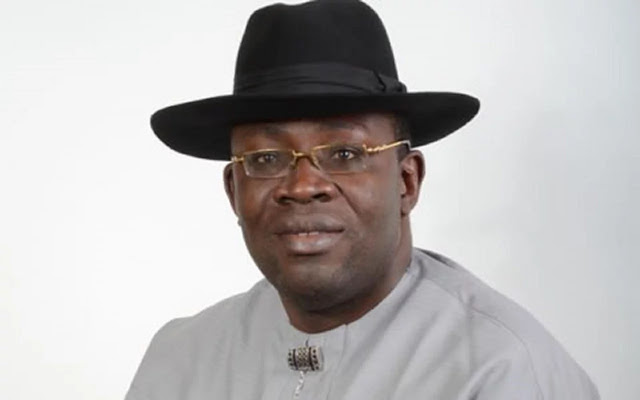 THE Governor of Bayelsa State has spoken on the current agitation for a break-up of the country in the south-east and the south-south geopolical zones.
Championing the cause for a break-up are pro-Biafra groups namely the Indigenous People of Biafra (IPOB) and the Movement for the Actualization of the Sovereign State of Biafra (MASSOB) and the Indigenous People of Biafra, (IPOB).
Speaking to the Vanguard in a chat, the governor declared that the unity of Nigeria is desirable but certainly negotiable if things do not go the right way,

On the ongoing agitations by pro-Biafra groups, he said the idea of starting agitations that cause deaths, running away afterward and causing unnecessary tension in the country must stop.
Hs words: ''Agitations are normal; so all this heck about agitations from the South-south, South-east, I do not understand. Every country is an artificial creation. Up till now, our colonial masters are still dealing with the issues of restructuring, devolution of powers to Scotland to Wales, to Northern Ireland.''
'' Only last year, the Scottish had a referendum on whether they should be an independent nation or not. Heavens did not fall. Nigeria’s unity is desirable, but do not tell me it is not negotiable. We want to be in a big prosperous strong country. But, we have to stop this issue of people agitating and dying and running away and creating unnecessary tension in the country.''
Follow Us on Twitter!