Home » news » B'Haram: Nigerian soldiers on the run as B'Haram kills 4 in ambush in Borno

B'Haram: Nigerian soldiers on the run as B'Haram kills 4 in ambush in Borno 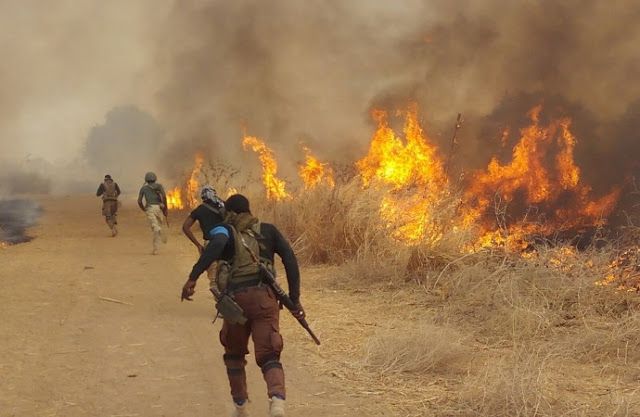 Four soldiers of the Operation Lafiya Dole were yesterday killed in an ambush by Boko Haram insurgents at Mawa about 45 kilometres from Maiduguri, the Borno State capital.
However, a driver and senior officer reportedly escaped unhurt. The soldiers who were attacked were conveying food for the troops along Mafa-Sasawa Military Base in Borno State.


A reliable source told journalists “there was a heavy blow on troops in Mafa, weekend, as we witnessed deadly ambush by terrorists, which led to the killing of four soldiers.
“The remains of the deceased soldiers has been buried today in Maiduguri, while others are still in the mortuary.”
Follow Us on Twitter!