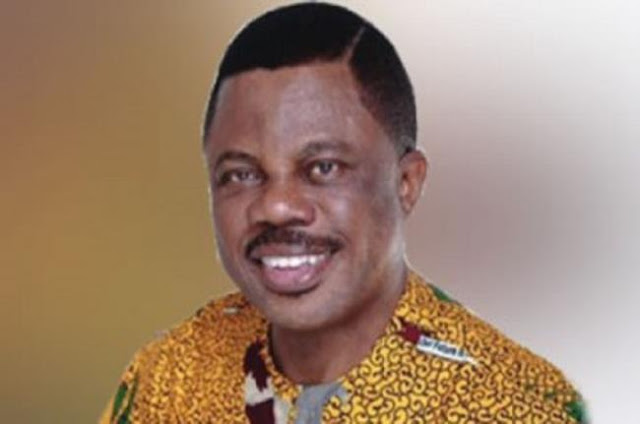 The re-election campaign train of Anambra State Governor, Chief Willie Obiano, swept through Lagos, Friday, drawing large crowd from traders in Alaba International Market as well as Balogun Market at Trade Fair.
The traders, who turned out in their numbers, praised Obiano for cleaning up Anambra State and opening it up for business and gave their endorsement to his re-election bid. Speaking on behalf of the leadership of 58 markets in Lagos, the President of NdigboAmaka Association, Mr Leonard Ogbonnia, declared that Anambra-born-traders in Lagos were solidly behind him.
The market leader commended the governor for taking security a notch higher by donating security vans to the traders to help them organize their own private security, assuring him of their unflinching support.


Director General of Obiano Re-election Campaign Organization, Chief Victor Umeh, told the traders that Anambra had got to a point in its development journey where the option left it to progress up the ladder.
According to him, no other party in Nigeria could offer Anambra State the kind of opportunity APGA had provided for the state in the past twelve years, adding that the Obiano administration had taken the journey to a whole new level. His words: “Because they have nothing serious to say against governor Obiano, they often tell you that he has not achieved anything since he was sworn in. However, if you visit home, you will notice that Anambra has become a little London. There are streetlights from the Bridgehead in Onitsha to the Bridge at Amansea.”
Umeh maintained that Obiano had surpassed the expectations of the party and should be given the chance to consolidate on his achievements.
On his own part, Governor Obiano assured the people that he would continue to expand the frontiers of excellence if given the chance to continue the good work he had been doing in the state. (THE SUN)
Follow Us on Twitter!