Why Buhari Did Not Speak On Biafra Agitation, Nnamdi Kanu At #UNGA – Presidency Finally Reveals 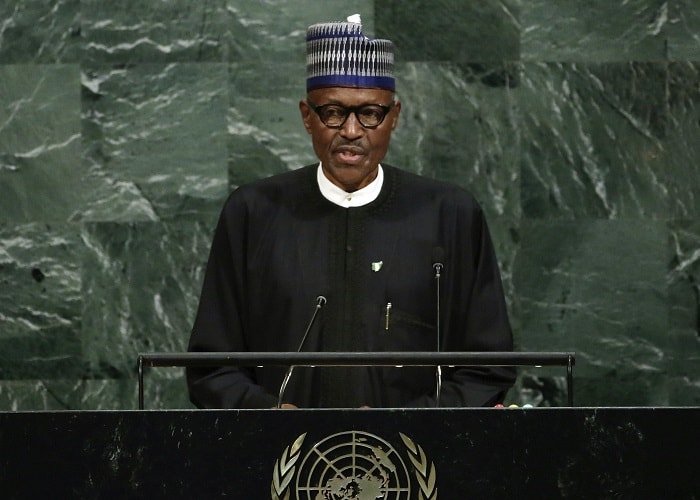 The Presidency has stated that President Muhammadu Buhari did not speak on the activities of Indigenous People of Biafra (IPOB) during his speech at the 72nd United Nations General Assembly because it is an internal issue.
Special Adviser to Buhari on Media and Publicity, Femi Adesina said this while speaking in New York on the non-inclusion of IPOB in his principal’s speech,
Adesina said the issue is not a UN matter, adding that government was “firmly dealing with” it.
“The IPOB situation is an internal matter, which the government is dealing firmly with.

“It is not a UN matter. It is those who overrate themselves that think something like that must be brought up at a global platform like the UN.
“The president swore to uphold the Nigerian constitution, and the constitution recognises an indivisible country.
“It is a president who holds his own promises with flippancy that will allow the country to scatter under him.”
Buhari’s speech came under wide criticism for avoiding some of the topical issues in the country like agitation and the ongoing military activities in the South East.
Follow Us on Twitter!