Home » opinion » What IPOB, Nnamdi Kanu should do about proscription – NBA Vice President

What IPOB, Nnamdi Kanu should do about proscription – NBA Vice President 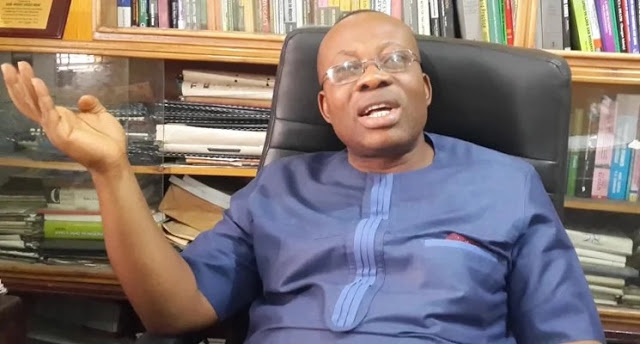 Vice President of the Nigerian Bar Association, NBA, Monday Ubani has called on the Indigenous People of Biafra, IPOB, to challenge its proscription in a competent court of law.
Ubani made the call while faulting the ruling of an Abuja Federal High Court declaring IPOB under the leadership of
Nnamdi Kanu as a terrorist organisation.
In a statement he issued on Thursday, Ubani said the ruling proscribing IPOB was lamentable because the group is not a registered entity in Nigeria.

According to Ubani, “The ruling by the Federal High Court, Abuja on Wednesday shows that some of us were right when we said that the Nigerian military was wrong to have pronounced IPOB a terrorist organisation without following due process.
“It also showed that we were right when we told the south-east governors that they have no right under the law to proscribe IPOB. The proscription of any organization as stipulated by law is through a judicial process.

“The issue now is if you say you have proscribed an organisation and that organisation is not registered in law, there is a problem. Our laws stipulate that only a juristic person can be sued.
“I believe IPOB is not registered under our laws. So there is a problem because the court has just proscribed an organsation that is not registered under our laws.
“If you take a look at the court order, it says IPOB, whereas there is no entity known as IPOB under our laws…This is clearly a complex situation. I think what IPOB has to do now is to proceed to the court to challenge the order.
“Even if, assuming without conceding that IPOB was properly registered under our law, does it qualify to be labelled a terrorist organisation based on our laws and arguments advanced by the Attorney-General?
“As it stands today, IPOB by way of the Federal High Court order, remains a terrorist organization but that order can be challenged and set aside.”