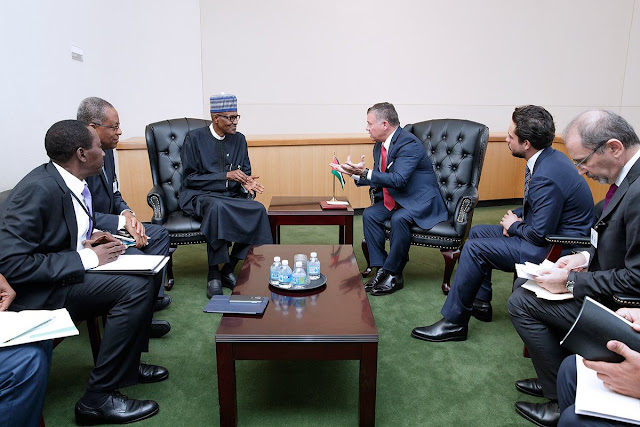 President Muhammadu Buhari held a Bilateral Meeting with His Majesty, King Abdullah bin Al-Hussein, King of Jordan on the sidelines of the ongoing United Nations General Assembly(UNGA).
Earlier today it was reported that the Jordanian government donated dozens of military hardware to Nigeria and the presidency in a press release thanked them for the kind gesture.

Photos from the meeting below;