Home » global » US-N/Korea Standoff: It could all be mass deaths at dawn as N/Korea nuke terrorism hangs over world

US-N/Korea Standoff: It could all be mass deaths at dawn as N/Korea nuke terrorism hangs over world 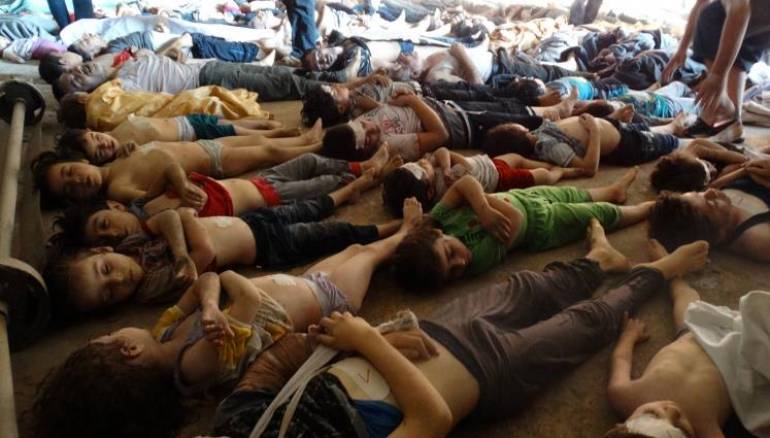 The hermit kingdom of North Korea has embarked on dangerously provocative actions lately capable of sparking off a huge conflagration that will annihilate mankind by going ahead with a  sixth nuclear bomb and multiple missile tests.
More dangerous and provocative is its avowed intention to launch an intercontinental ballistic missile carrying nuclear warheads capable of hitting targets in US mainland.
North Korea also reportedly vowed to detonate the Hydrogen bomb. It is on record that the H-bomb could cause radioactive fallout or put differently emit nuclear radiation capable of sniffing life forms out of humans and animals alike around the globe.
The call for denuclearization has often been rebuffed not only by the rogue regime of North Korea but also by world powers which poses a grave danger to civilization. The US as the lone superpower has tons of nukes in its arsenal. Other nuclear powers like Russia, China, Britain also have stockpiles of nukes in their arsenals which hang over our heads like the ancient sword of Damocles.
Official records available show that no fewer than nine countries on earth possess a sum total of 14, 900 nuclear weapons with Russia and the United States accounting for over ninety-three percent.  In all, nine countries in the world possess a total of 14,900 nuclear weapons. While the call for denuclearization continues with countries giving up nuclear weapons and prgrammes thereby shrinking global arsenals by over two-thirds, the rogue regimes of North Korea and recently the Islamic Republic of Iran is galloping ahead in the race to acquire more nuclear weapons in spite of resolutions to the contrary by the UN and International Atomic Energy Agency (IAEA). This, I dare say again, poses a grave danger to mankind.
There is no denying the fact that the world’s combined stockpiles of nuclear weapons remain at unacceptably high levels with the above-named nine countries rebuffing the repeated calls to denuclearize thereby putting civilization in sheer jeopardy.
As it is today, it needs no gainsaying that we are all caught in an agonizing web of nuclear terrorism as threats and rhetoric emanating from Washington and Pyongyang hang over our heads like the ancient sword of Damocles. China is not helping matters either as the Chinese government yesterday cautioned the United States that there could be no winner if it goes ahead with an armed invasion of North Korea after it reportedly held military drills with Russia last week probably sending warning signals to Washington.

Be that as it may, we must not lose sight of the fact that nuclear weapons falling into the wrong hands has greatly increased since September 11 attacks on the United States. With the current threat emanating from North Korea and US avowed threat to respond with 'fire and fury', there is no denying the fact that the apocalypse has set sail as stockpiles of nuclear materials are often loosely guarded because the writer has it on good authority that over the last two decades numerous attempts at nuclear theft have been recorded thereby increasingly bringing nuclear terrorism by the day closer to our doorsteps.
Into what dangers would this unfolding scenario lead the world, if one may ask? All this writer has ever craved is a world devoid of weapons and violence. We could all recall that sometimes in 1995, a situation dangerously close to a global conflagration was narrowly averted when Russia almost launched missiles at the United States. It was a mistaken course of action when it thought it was under attack. Had that attack occurred the US would have in all honesty not folded its hand as a retaliation would have triggered off a catastrophe of unimaginable magnitude well beyond historical experience.
This is why one quakes with fear under the existing circumstances which is probably where one is headed for in the ongoing US-North Korea standoff as the two nuclear powers defiantly lock horns.
China, another world military power has repeatedly given subtle warnings that it will not accept or tolerate war anywhere near its territory as tension remains high in the Korea peninsula and has failed to rein in on its strong ally North Korea to halt nuclear tests. Russia's treachery in the ongoing dangerous scenario also calls for concern as it reportedly conducted military drills with China last week.
From the foregoing, America could be fighting more than three nuclear powers should it decides to go ahead and cast the first stone; violent retaliation from the above-named, if we all need reminding, could spell out mass deaths at dawn!
*Iyoha John Darlington, a columnist, writer, public affairs analyst and commentator on national and global issues wrote from Turin, Italy.
*Disclaimer: Views expressed in any piece we publish remain the writer's and do not reflect our editorial policy. DailyGlobeWatch shall, therefore, not be held responsible for the contents or any of its parts thereof.
Follow Us on Twitter!