UN, UK Distance Self From Kurdistan Referendum And Secession 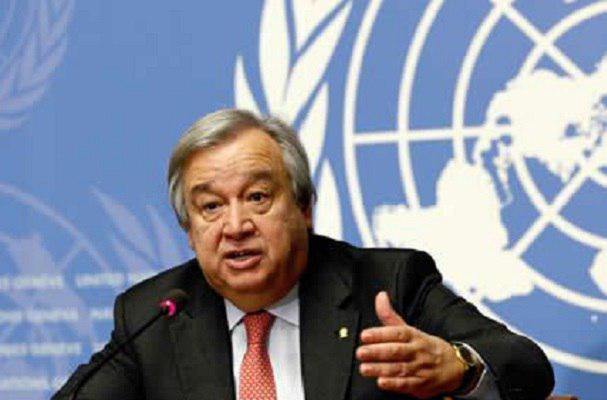 The United Nations said on Thursday it will not have a role in the Iraqi Kurdish referendum on independence planned to be held in September.
The United Nations Assistance Mission in Iraq (UNAMI) said in a statement released on Thursday that “it has no intention to be engaged in any way or form as concerns the referendum, to be held on 25 September”.
Iraq’s Kurds said the referendum on independence will go ahead despite warnings from western powers that a vote in favor of secession could trigger conflict with Baghdad at a time when the war against Islamic State is not yet won.
The Kurds are playing a major role in the U.S.-backed campaign to defeat Islamic State (IS), the ultra-hardline Sunni Islamist group that overran about a third of Iraq three years ago and also controls parts of Syria.
In a similar vein, the government of the United Kingdom issued a statement on Saturday stating it “does not support” the referendum for independence in the Kurdistan Region, and Erbil should engage in “serious” negotiations backed by the international community with Baghdad “to address all the issues.”

“The UK does not support the Kurdistan Regional Government’s aspiration to hold a referendum on 25 September. The referendum risks increasing instability in the region when the focus should be on defeating Daesh,” read a statement from the Foreign Office that used another term for ISIS.
The Kurdish Peshmerga have said that they will continue their contribution to the US-led Global Coalition against ISIS including with the Iraqi forces despite the vote later this month.

The United Kingdom, along with the United States, and the United Nations have proposed new talks between the central and regional governments.
The White House who called on the KRG Friday to call off the vote said it would “facilitate” dialogue between Erbil and Baghdad.
Although the UK said they demand the KRG to open negotiations with Baghdad, it said such dialogue should be “time limited,” and be backed by the international community.
“Talks should be without preconditions, time limited, address all the issues of dispute between the two parties, and be backed by the international community,” detailed the UK statement. “The UK calls on the Kurdistan Regional Government to seize this opportunity and to enter into serious negotiations with Baghdad.”
The statement comes after the tripartite delegation including UK Ambassador to Iraq Frank Baker met with high-level Kurdish officials including President Masoud Barzani on Wednesday. They presented a joint alternative to the KRG in order to postpone the vote.
Barzani said on Saturday that the time has passed for an alternative to replace the independence vote on September 25.
“We said before, but the time is now late for that, that if there was a better and more guaranteed alternative in place of referendum … then we welcome that. But nobody did that. Nobody brought a better alternative,” Barzani told people in the Nineveh Plains attending an event in support of the referendum.
Follow Us on Twitter!