Home » opinion » The Igbos And The The Foul Cry of Marginalization, By Okoi Obono-Obla

The Igbos And The The Foul Cry of Marginalization, By Okoi Obono-Obla 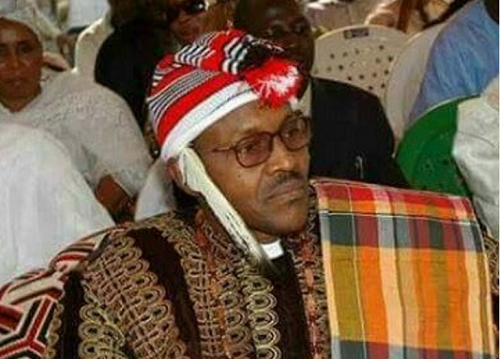 By Okoi Obono-Obla
I don’t agree absolutely with the argument that the Igbos are marginalized in this country.
How can anybody contend that a formidable (in every sense of the word) group that is everywhere in the country are marginalized.
The Igbo have through dint of industry and hard work, enterprise become of the most formidable groups in Black Africa.
Do you know that the Igbo people owe almost 70 percent of the buildings in Abuja?
A group that produced the first president of this country, Dr Nnamdi Azikiwe (1963-1966) ; produced the first Military Head of State of Nigeria, Major General Johnson Aguiyi-Ironsi (1966); they produced first Vice- President of this country (1979-1983), Dr Alex Ifeanyichukwu Ekwueme; they had produced a military vice-president of this country, Vice Admiral Ebitu Ukiwe (27 August 1985-October, 1986) ; a group that had produced three Speakers of the House of Representatives of this country namely (Jaja Anucha Ndubisi Wachukwu (He was first Speaker of the Nigerian House of Representatives (1959-1960); Edwin Ume Ezeoke (1979-1983)! Igbo became Speaker of the Houser of Reprsentatives briefly in 1992 during the transition programme of General Ibrahim Babangida!
A group that had produced many Senate Presidents of this country including Dr Nnamdi Azikiwe (1960);Dennis Osadebey (1960-1963); Dr Nwafor Orizu (1963-1966); Evan Enwerem (199); Dr Chuba Okadigbo (1999-2000); Anyim Pius Anyim (2000-2003); Adolphus Wabara (2003-2005) and Ken Nnamani (2005-2007).
A group had produced Chief Judge of the Federal High Court Hon. Justice Rose Ukeje); a group that had produced the first President of the Court of Appeal, Justice Onuorah Ibekwe (1976-1978); a people that had produced numerous Justices of the Supreme Court of Nigeria including Hon. Justice Lious Nwanchukwu Mbanefo; Hon. Justice Charles Dadi Onyeama; Hon. Justice Dan Ibekwe;Hon. Justice Anthony Nnaemezie Aniagolu CON; Hon. Justice Augustine Nnamani CON; Justice Chukwudifu Akunne Oputa CON to mention but a few claimed that they are marginalized.
A people that had produced many Governors of the Central Bank of Nigeria including Paul Agbai Ogwuma (1st October 1993- 29 May 1999); Charles Chukwuma Soludo (29th May 2004-29th May 2009) and Godwin Emefiele(3 June 2014 till date).

In this present dispensation, the Igbos have Six Ministers, numerous permanent Secretaries; Directors; Director Generals, Ambassadors, Top officials in the Federal Civil Service, Abia State alone has the largest number of civil servants in the Federal Civil Service more than three Northern States put together; The Igbos have produced Army Chief of Staff, Maj Gen Johnson Aguiyi-Ironsi (general Officer Commanding the Nigerian Army from 1965-1966); Lt Gen Onyabor Azubuike Ihejirika (September, 2010-January 2014); Lt-Gen Kenneth Minimah (January 2014-July 2015);Chief of Naval Staff, Vice Admiral JD Ezeoba (2012-2013); Chief of Air Staff, Air Marshall Paul Dike ( 20 May 2006-20 August 2008); Air Marshall Paul Dike, Chief of Defense Staff ((20 August 2008-September, 2010); Mike Mbama Okiro (2007-2009) Inspector General of Police, Ogbonna Okechukwu Onovo, Inspector General of Police (2009-2010)! Numerous Ministers for the past 60 years! Produced four Comptroller Generals of Nigeria Immigration Service including JE Onubogu (1966-1967); Chukwurah Joseph Udeh (2005-2010); UC. Nwizu (2000-2004) and Rose Chinyere Uzoma (2010-2013) claim they are marginalized!
A group that just recently produced the Secretary to the Government of the Federation, Senator Anyim Pius Anyim (2011-2015); says they are marginalized!
Do you know that there are numerous ethnic nationalities in this country that have never produced a judge of the High Court or Court of Appeal or a Justice of the Supreme Court, member of the Senate, Member of the House of Assembly, director; a commissioner, Local government Chairman; a Senior Army Officer, a Senior Police Officer etc! Talk less of President, Vice President; Speaker of the House of Representatives, Senate President, Minister etc.
So who is marginalized in Nigeria! Let us discuss this nationality question once and for all!
Those who are horribly and truly marginalized are the more than 500 small ethnic nationalities scattered in the South/South; North Central; North West, North Eastern Regions of the country!
These are the people who should be crying for justice, fair play, affirmative action, not the three major groups including the Yoruba, Igbo and Hausa ethnic nationalities!
Follow Us on Twitter!