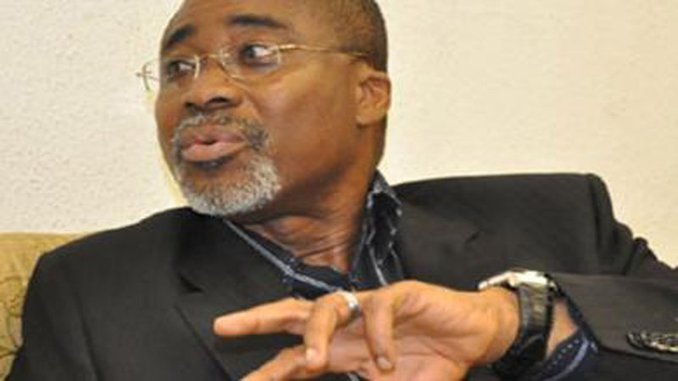 The federal government has been chided by Senator Enyinnaya Abaribe for designating the Indigenous Peoples of Biafra as a terrorist group
Abaribe stated that the government’s action was tantamount to killing a fly with a sledgehammer, and stated that senators from the s/east caucus disagreed with the decision
He chided the government for ignoring groups that were actually working against the unity of Nigeria, groups that were killing people, and choosing rather to go after IPOB
Senator Enyinnaya Abaribe (PDP-Abia South), has chided the federal government for designating the Indigenous Peoples of Biafra (IPOB), as a terrorist group, New Telegraph reports.
Abaribe was one of the individuals who stood as surety for bail for the leader of IPOB, Nnamdi Kanu, who has since gone missing.

The senator insisted that the government was wrong to label IPOB as a terrorist movement, and stated that senators from the south-east would not agree with the decree. Abaribe made his comments on an Aba radio programme on Thursday, September 28.
He stated: “The South-East Senate Caucus disagree with the Nigerian government in saying that IPOB is a terrorist organisation. “We feel it is too strong a gambit to use. We feel that you cannot kill a fly with a sledge-hammer.
“You cannot proscribe a group of people; you cannot leave glaring evidence of those who actually work against the unity of this country, those who are actually killing people, those who are actually taken up arms against this country and then you turn around and say that these people have a potential to do so, therefore you now go ahead to declare them a terrorist organization with the implications for this country that are very glaring.”
Follow Us on Twitter!