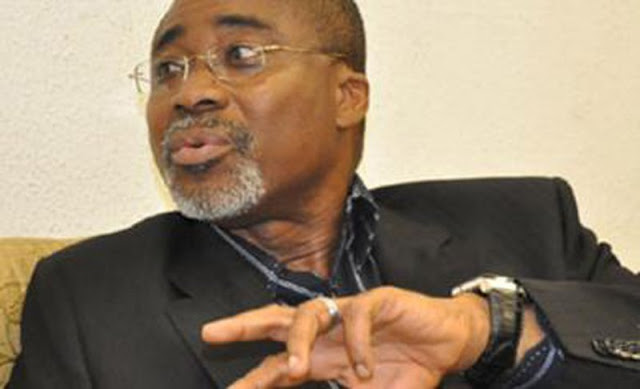 ​Ifeanyi Ejiofor, lawyer to leader of the proscribed Indigenous People of Biafra, IPOB, Nnamdi Kanu, says he doesn’t know client’s whereabout.
The development signals trouble for Senator Enyinnaya Abaribe and a Jewish High Chief Priest, Immanuu El-Shalom, who stood as sureties for Nnamdi Kanu.
Abaribe, representing Abia South Senatorial District and El-Shalom, had on April 28, entered an undertaken to produce Kanu before the Abuja Division of the Federal High Court on October 17 to face treasonable felony charge the Federal Government preferred against him and four other pro-Biafra agitators.
Kanu was billed to appear before trial Justice Binta Nyako to be re-arraigned on an amended five count charge marked FHC/ABJ/CR/383/2015, alongside his co-defendants, Chidiebere Onwudiwe, Benjamin Madubugwu, David Nwawuisi and Bright Chimezie.
In a chat with Vanguard last night, Ejiofor said his only contact with the IPOB leader was few minutes before the Nigerian Army “invaded” his (Kanu’s) hometown.

He said that Kanu called him on phone, complaining that he was under attack from soldiers that were deployed to his compound by FG.
Ejiofor who said he would not be surprised if government decides to move against those that stood surety for his client, maintained that the burden was on the prosecution to produce Kanu in court on the adjourned date.

“The fact is that they are in a position to produce him at the next adjourned date. It is public knowledge that my client had before his house was invaded, always made himself available for trial.
“He never evaded trial as he made it known that he was ready. If he wanted to jump bail, he would have done so immediately he was released from prison. But he did not run.
“The last time I spoke with my client was the day his house was invaded by soldiers. He called me and complained that he was being attacked by soldiers who he said were shooting sporadically. Since then, I have not heard from my client again.
“If he is alive, they should tell the court on that day. They will not only explain to the trial court, but will also produce the soldiers that went to his home to attack him”.