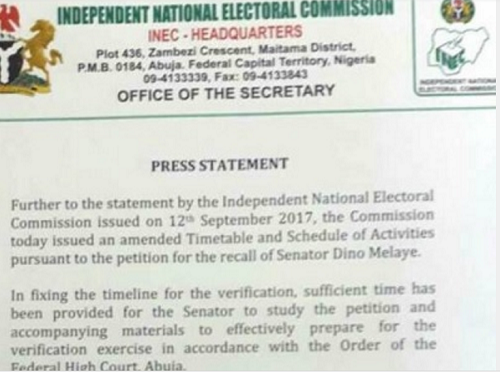 The Independent National Electoral Commission (INEC) has released an amended timetable for the recall process on the petition against Senator Dino Melaye.
Melaye, who represents Kogi West senatorial district, had approached the Federal High Court in Abuja to stop the process, but the court asked the electoral body to continue with the exercise.
Some of his constituents had also petitioned INEC, requesting that they would like to recall the lawmaker, although the senator’s lawyer said the earlier judgment had been appealed.
In its new timetable released today (Monday), the Commission said it would restart the exercise with a notice of verification on October 3, while the verification exercise would hold on October 14.

“Further to the statement by the Independent National Electoral Commission issued on September 12, the Commission today issued an amended Timetable and Schedule of Activities pursuant to the petition for the recall of Senator Dino Melaye,” the electoral umpire said in a statement issued by its secretary, Mrs. Augusta Ogakwu.
INEC said with the timeline, sufficient time has been provided for Senator Melaye to study the petition and the accompanying materials to help him effectively prepare for the verification exercise in accordance with the order of the Federal High Court. 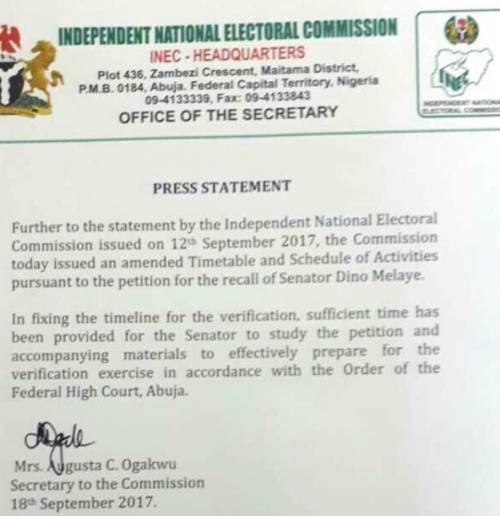