Home » news » Security Aide Of Governor Amosun – “Robot” Killed On His Way Back From Work. (Photos)

Security Aide Of Governor Amosun – “Robot” Killed On His Way Back From Work. (Photos) 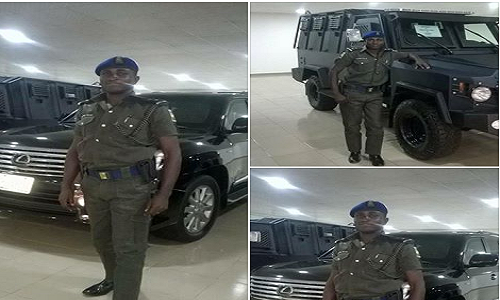 Friends and family members of a security aide to the governor of Ogun State , Ibikunle Amosun, who died in a ghastly motor accident on Thursday night – are lamenting their loss. The security aide who is the Second -In – Command in the Governor’s convoy, Busoye Olayinka, popularly called “Robot,” – an Assistant Superintendent of Police (ASP), was involved in the accident along Papalanto stretch of the old Lagos/Abeokuta expressway around 9:00 p.m.

Aderemi died at a private hospital in Panseke area of Abeokuta.