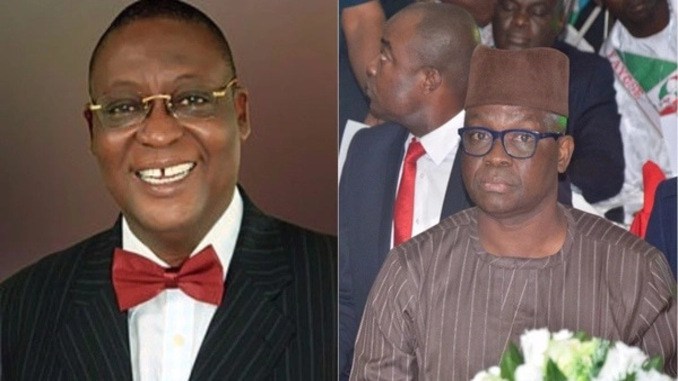 Dayo Adeyeye said some politicians who are against his ambition are plotting to carrying out the plans, He also said that such plans against his radio station are satanic
A governorship aspirant in Ekiti state, Dayo Adeyeye, has alleged that there are plans by some politicians to burn down his radio station, Voice 89.9 FM, Premium Times reports.
Adeyeye, who is also the national publicity secretary for the Peoples Democratic Party (PDP) said these politicians are opposed to his ambition to become governor in Ekiti state.
He said himself and the general manager of the station, Donald Falayi, have been receiving anonymous call and messages on the plan. Adeyeye said his station has never been biased in carrying out its duty in line with the provisions of the law.

The PDP spokesperson however said a formal complaint have been forwarded to the police and State Security Services (SSS) over the alleged plan. “Voice FM is the voice of all Ekiti people irrespective of their affiliation.”
“We have been hearing and receiving anonymous calls that some hoodlums were plotting to carry out arson attack on this radio station,” Adeyeye said. He also said the plan to attack his radio station – which was built to serve the people of Ekiti state – is satanic.
“The GM and I had received several information about this evil plot and we are planning to beef up security around the station. I have also instructed my GM to write the SSS and the police about this,” Adeyeye said.
The aspirants said the move by the governor was wrong. Also, in his reaction, the PDP spokesperson said Governor Fayose’s action was against the party’s constitution and guideline.
Follow Us on Twitter!