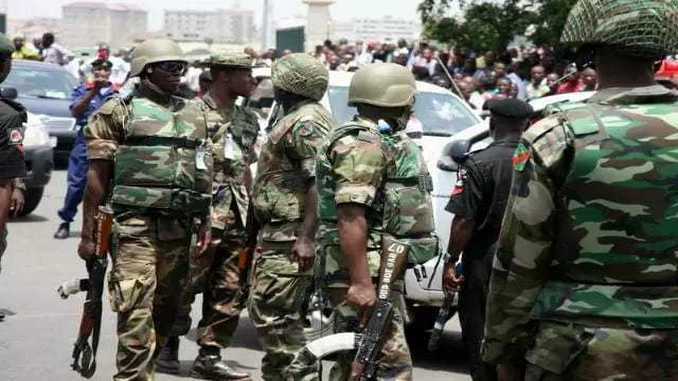 Army arrests three suspected kidnappers in Abia state, troops apprehend 17 suspected hoodlums in Anambra state
Nigerian army declares itself victorious over the Indigenous People of Biafra Thirty four suspected hoodlums have been arrested by the army in the ongoing Operation Python Dance II taking place in the southeast region.
The Nigerian army in a statement on Saturday, September 23, said the suspects were arrested during raids by troops in some southeast states, Punch reports. According to the authorities, a group of three kidnap suspects, identified as Arinze Ugiri, 39, Okezie Nwobolo, 30, and Michael Sunday, 24, were arrested from a hideout in Abia state.

In another operation, 17 suspects were arrested in Obinze community in Imo state, while seven were arrested in the Ukukwa north local government area of Anambra state.
The army said 10 suspected cult members were also arrested during two operations on Awara and Assa communities in the Ohaji-Egbema LGA of Imo state.
Follow Us on Twitter!