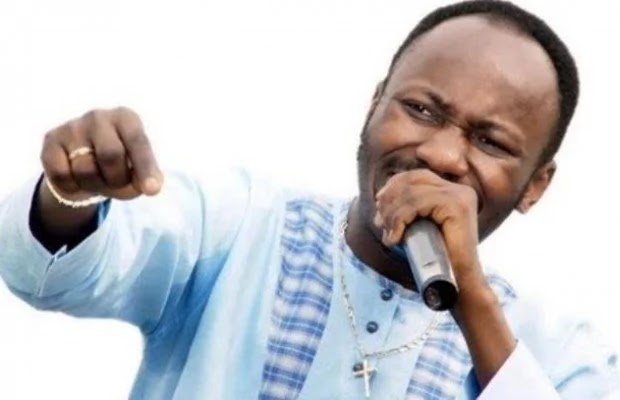 The founder and general overseer of Omega Fire Ministries, Apostle Suleiman has released a damning prophecy on 2019 federal elections in Nigeria.
Recall the firebrand Church Pastor earlier said the Edo State gubernatorial elections will not hold on the date earlier announced by Nigeria's electoral umpire which was unavoidably shifted.
A similar scenario looms as he has again said that the 2019 federal elections may suffer a similar fate which may lead to a postponement.


He said: “I see presidents being removed in Africa and presidents being installed”, the man of God declared in his 2016 prophecies.
'In that declaration, Suleman also asked for vigilance as he said he saw kidnappers entering school, adding that “President Buhari’s health needed serious attention; that America and China would have a major crisis.”
Follow Us on Twitter!