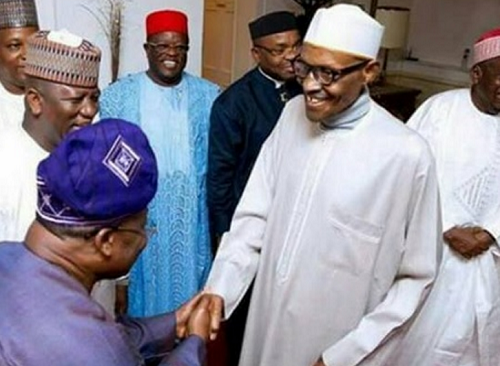 Political governance is the most important factor that affects the stability of a state and spurs citizens to play their complimentary role towards the development of the economy. Therefore, so much is dependent on the political leadership of any given state.
John Quincy Adams the 6th president of the United States of America clearly opined that that a basic attribute of a leader must include a capacity to through actions and words inspire others (the followership base) to dream more, learn more, do more and become more. The literal implication of this clearly suggests that where a leadership cannot inspire and/or cause the followership to see defined indices of hope, such a leadership is a faulty one and must be questioned.
The President Muhammadu Buhari led federal government of the All Progressives’ Congress if weighed on this scale and subjected to a statistical test of positive impact fails flatly and maybe irredeemably. It can therefore be stated clearly that so much has gone wrong with Nigeria under the watch of this current leadership which pays lip service to the execution of just every social contract the basis of which it was elected by some Nigerians.
From education to healthcare, infrastructure development to economic diversification, human capacity development to values and ethics, financial probity to the anti-corruption war, unemployment to security and virtually every key sector, one low after another has consistently being scored. This is besides the fact that today, the official creed of the President Muhammadu Buhari led federal government of the All Progressives’ Congress is propaganda first, every other thing much later.
The President Muhammadu Buhari led federal government of the All Progressives’ Congress started on a very poor footing which could have been ignored because they obviously arrived unprepared for the business of leading a nation as Nigeria with plenty strength in diversity but recent happenings strongly suggests that beyond their unpreparedness lies a deep desire to keep Nigerians permanently bonded to the twin evils of extreme poverty and disunity.
While serving state officials of the All Progressives Congress, many of whom may have directly received a share of the N400B windfall which circulated in the economy within the last 12 months as reported by the National Bureau of Statistics (Corruption in Nigeria, Bribery: Public Experience and Response 2017 Survey) may quickly attempt to deny that poverty is a deliberate tool of oppression of the APC, it remains to be explained why under their watch, unemployment has risen to nearly 15% with the finance and telecommunications sector as lead contributors via massive job cuts. If indeed N1.3 trillion has been spent on capital projects as claimed, it will be evident in the unemployment indices.
Whereas the All Progressives’ Congress comes across as a political group with zero tolerance for bribery, corruption and vices, one wonders why as at now, not an investigation, arrest or at least a simple reaction has been made by the federal government to this damaging report.
A nexus exists between unemployment and insecurity. It can therefore be empirically proven that for a surge of insecurity to happen in any setting, a propelling surge must have occurred in the level of unemployment – this is the reality of the Nigerian situation. Therefore, if government desires to tame insecurity, it should provide employment and opportunities for SME have to thrive like the immediate past administration.
At least 5 million educated and highly skilled Nigerians mainly from the banking, insurance, ICT, telecommunication, support services and manufacturing sectors joined the labour market. To suggest that some of these individuals did not and will not deploy their skills and expertise towards graft is not a rational line of thought because just within the same period, $1.2B (in bad loans) was systemically removed and repatriated from the Nigerian financial system as direct consequence of the divestment of Mubadala Investments Company in Emerging Markets Telecommunications Services, operators of the Etisalat telecommunications license.
Between 1999 and date, Nigerians have not known insecurity and disunity along the lines of tribe and religion as is currently being experienced. While conceding that the Boko Haram scourge may have shrunk, the menace of Fulani Herdsmen in the North West and Central as well as some parts of the South West (Ekiti and Ondo States) and South East (Enugu State) exposes the central government as one incapable of maintaining security by punishing persons who commit heinous crimes against the state. To repeat that herdsmen operate freely with sophisticated arms, weapons and audacity is to say the obvious.
This avoidable situation has finally berthed in the South East which before now was considered the most peaceful of the geo-political zones in Nigeria.
To be exact, the South East zone has been under fire in the last few days; no thanks to an insensitive and repressive central government, the fire has raged unabated. Perhaps, it may suffice to examine some of the most remote causes of this avoidable situation.
In July 23rd, 2015, President Muhammadu Buhari during a global interview clearly disclosed that due to what He called political realities, sections of Nigeria who gave Him 97% support during the elections cannot in all honesty be treated on some issues as sections which gave Him 5% support. Ironically, the venue of the interview was the US Institute for Peace. Not a few Nigerians will agree that this statement was a signal of what should be expected from what has turned out to be a vindictive government with very insignificant or absolutely no respect for human rights and other tenets of democracy like freedom of speech and association.
The unwritten exclusion policy of the F.G. which made it impossible for citizens from the South East to man certain sensitive posts both in cabinet and government at large triggered new agitations for an independent state of Biafra.

This was consolidated by a suffocating business climate that caused thousands of SME’s to close as well as very harsh trade policies like a ban in some commodities which are the mainstay of the economy of the South East. Perhaps, the recent indefinite closure of universities was the last ingredient.
Ordinarily, an ideal government would show distinguished leadership by adopting a carrot and stick approach towards resolving conflicts that stem from perception of social injustice but the reverse is the case with the Nigerian federal government which in an needless show of power have created a terrible image for Nigeria on the foreign scene as a rudderless country with no sense of respect for human life going by the number of deaths which have been recorded since the commencement of renewed agitations. This is besides the social, legal, economic and psychological implications of the ongoing military operations in the south east.
Beyond the south east, a big question that should be asked is if the Nigerian state can at this period of recession afford increased military spending on the Nigerian Army that is already stretched. There is also another question which rests on if foreign investors will not consider Nigeria a troubled zone on account of the multi-dimensional military operations happening at the same time across the various zones of Nigeria. Already, besides the South East (operation Egwu Eke/Python dance), there are major armed operations going on in the South South (Crocodile smile) and North East (Lafiya Dole/Peace at all cost) just as operations are also going on in the North West (Saram Daji) and skeletally in the South West.
Nigeria as currently being constituted and operated is far from the Nigeria bequeathed to the All Progressives’ Congress by the Peoples’ Democratic Party which spent 16 years nurturing and developing strong government institutions that will outlive individuals – a deviation from these ideals will endanger Nigeria and expose Nigerians to avoidable penury, misery and chaos as the case currently is. However, there is a way out.
The interest of President Muhammadu Buhari towards seeking re-election in 2019 is currently being stimulated by a group of sycophants. Whereas some of these sycophants are serving officials, others are individuals and groups with vested interests and hidden agendas in Nigeria as presently constituted. However, they have a common uniting factor – they are enemies of Nigeria.
Rather than pander to their whims, President Muhammadu Buhari must as a matter of national importance identify surer means of fulfilling His campaign promises – especially security to Nigerians. Already, a cabinet reshuffle is long overdue and this may be the most appropriate point to start from because clearly and beyond reasonable doubt, not a few ministers are bereft of ideas and have overstayed their usefulness to Nigerians. Their continued stay in office will leave Nigerians more irritated and repulsed.
If the government of President Muhammadu Buhari must be taken seriously by Nigerians for the remainder of its tenure, it must quickly take steps which will make Nigerians from all tribes and religion have a sense of belonging as citizens with equal rights and access to justice. There’s no gain in repeating that the lopsided appointments and openly selective anti-corruption war left Nigerians more divided than then ever since the end of the civil war.
The need to engage knowledgeable Nigerians to help fast track implementation of government policies including budget cycles is crucial. These individuals should be assigned responsibilities and allowed to function outside the overbearing influences of close relatives and associates of the President to that they may function optimally.
Security and other law enforcement agencies must as a matter of importance be sensitized on the need to be firm and show reasonable respect to the judiciary as there are severe legal and economic consequences for each incidence where human rights are violated.
In all, the APC must gather its act and realize that Nigerians will not be taken for granted perpetually just as it must recognize that the signs of impatience are written all over Nigeria and Nigerians who have been exposed to the harshest of economic realities since 1999.
While it is hoped that security improves, unemployment reduces, the anti-corruption war is fought within the ambits of the law and the myriads of other socio-economic challenges Nigeria is facing are resolved, it is also most important to hope that come 2019 when the tenure of President Muhammadu Buhari ends, Nigeria does not emerge as the world’s largest population of miserable and disunited people.
Mohammed Kabir Usman was a member and immediate Legal Adviser of the PDP national caretaker committee.