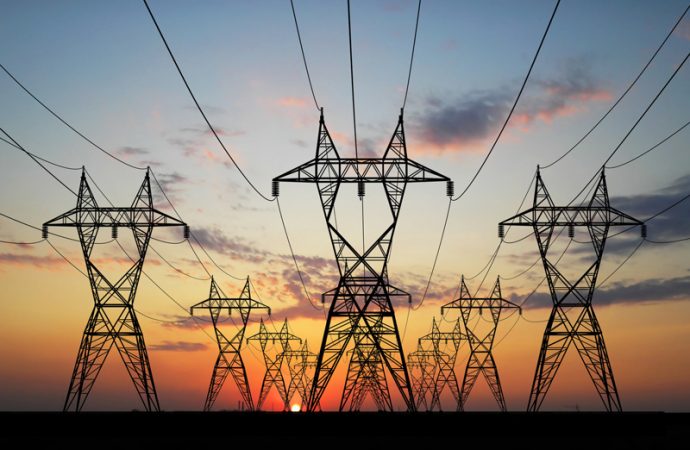 The Federal Government yesterday raised concerns over continuous electricity supply to Republic of Benin and Togo in spite of non-payment of outstanding bills and when Nigerians need the same power.
Permanent Secretary, Ministry of Power, Works and Housing (Power) Dr. Louis Edozien made the Federal Government’s position known at the opening of the route and environmental and social impact assessment study on the Nigeria-Benin 330 KV reinforcement project.
He urged the company in charge of the bilateral power deal,  Communaute Electricique  du Benin (CEB), and Togo to pay up the mounting debts.
The  said the ministry’s primary responsibility is to satisfy the electricity needs of Nigerians, “although the Federal Government is committed to integrating Economic Community of West African States (ECOWAS)  electricity market”.

Edozien told the West African Power Pool (WAPP) delegates that  “Nigerians are not satisfied. I will explain why it makes sense to do this even in the context of the current dissatisfaction, but it is very difficult to make that argument very persuasively when the electricity we have already supplied is not paid for”.
“So, I want to use this platform to emphasis to CEB that the debt that has accumulated for electricity already supplied needs to be settled as quickly as possible. It helps us explain to Nigerians why we should and must sign the supply by doing projects like this one.
“Now, not only must the debt be paid but a mechanism must also be put in place to make sure the debt doesn’t balloon again and they are paid for as and when due,” he said.
According to him, the essence of the commitment to supply power to the West Africa CEB and Niger Link arose out of government’s multi-lateral understanding about optimising the use of the River Niger as a resource.
Edozien, however, told the delegates that the Nigerian electricity industry has moved from a vertically integrated government monopoly to an industry with private investors, hence the need for a power purchase agreement.
He said it was “necessary to move the arrangement into a proper contract and I believe that that discussion is already on the way to move CEB contract from basically a government to government multi-lateral agreement to a proper purchase agreement with the Nigerian Bulk Electricity Trading Company for the existing supply”.
He added: “Now as your needs grow and as projects like this one are completed, you sign the amount of energy you are buying from Nigeria. Our expectation is that you will look to individual generation operators – two of whom are here – to contract the supply you need. The regulator is here and he is putting in place regulatory framework so that you can contract directly with the people who want to supply to you and I believe you have one such contracts already.”

Interim Managing Director and WAPP Chairman Mr. Usman Gur Mohammed explained that the project, which is the second Ikeja West (Nigeria) to Sakete (Benin Republic) transmission line will be due for commissioning in 2021.
The project, he said, is expected to take 24 months after six months of feasibility studies and the procurement process.
The TCN boss noted that African Development Bank (ADB) is committed to financing the project, adding that it was the ones that funded the line from Ikeja West to Sakete and would still use the same funding corridor.
The ECOWAS representative said the 330KV Nigeria/Togo Interconnection Reinforcement Project was aimed at augmenting the power exchange capacity of its predecessor, which was commissioned by WAPP in 2006.
He added that the project shall stabilise the WAPP coastal transmission backbone spanning from Nigeria, Cote d’ Ivoire through Benin, Togo and Ghana, to increase the power potential of ECOWAS countries like Niger, Burkina Faso and Mali.
The Nigerian Electricity Regulatory Commission (NERC) Vice Chairman Sanusi Garba noted that government would not under the arrangement compromise power supply to Nigeria.
Follow Us on Twitter!