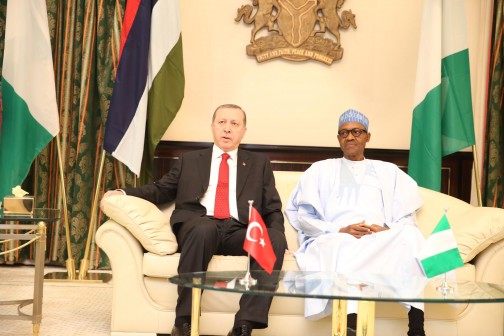 Worried by the influx of illegal arms from Turkey into Nigeria, both countries have agreed to cooperate to stop the export of harmful items.
The Comptroller-General of Customs, Col. Hameed Ali (rtd) and Turkish Ambassador to Nigeria, Mr Hakan Cakil, made the agreement on Tuesday in Abuja.
A statement by the Service Public Relations officer, Mr Joseph Attah, said that Ali unveiled the agreement.
Attah said the meeting was held due to concerns expressed by the general public over the recent seizures of pump actions riffles imported from Turkey.
He added that the aim of the meeting was to fashion out ways of dealing with the disturbing issues.
Attah said that Ali expressed concern that four different arms seizures with a total number of 2,671 pump action riffles came from one source.
According to him, the meeting lasted for about two hours, detailed with specific commitments and strategies to stem the ugly tide.
“The meeting ended with both sides agreeing to work together to stop the dangerous trend.
” Both agreed to use the situation as opportunity to strengthen ties to prevent the use of either country as a base for export of harmful items to the other,” Attah said.
Attah said that the highlights of the meeting included the Turkish ambassador restating his country’s support for Nigeria’s security and well- being, saying that Turkey would not support any dangerous shipment to Nigeria.

“All the four shipments intercepted were false declarations on the bill of lading, it is a clear case of smuggling.”
“The Turkish ambassador will immediately communicate to his home with the view to fishing out criminals behind the illegal arms shipment to Nigeria.”
A team of Nigerian Customs will visit the Turkish Customs to further discuss ways of stopping such arms export from Turkey and strengthening agreement on mutual customs-to-customs assistance.
The Nigeria Customs will provide for the Turkish authority list of prohibited items and in the case of arms, sample of end user certificate to enable them to always verify before approving any legal arms export to Nigeria.
Attah also stated that the Turkish government would co-operate with Nigeria in every step to deal decisively with those found involved. (NAN)
Follow Us on Twitter!