Home » news » Lai Mohammed Weeps Bitterly As U.S. Govt Refuse To Label IPOB Terrorist Organization, See What He Did Next

Lai Mohammed Weeps Bitterly As U.S. Govt Refuse To Label IPOB Terrorist Organization, See What He Did Next 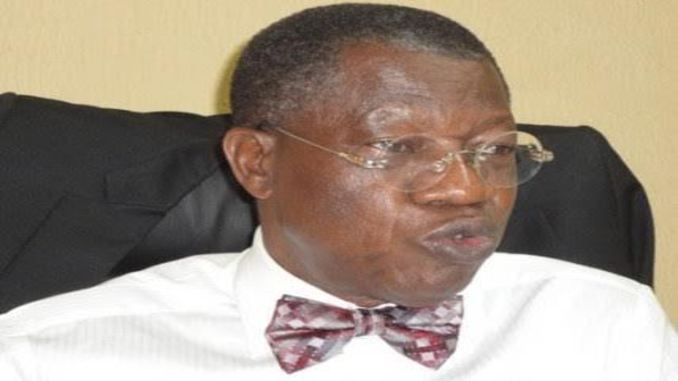 The Minister for Information, Lai Mohammed, has described as “unfortunate” the fact that the U.S. does not see the Indigenous People Of Biafra, IPOB, as a terrorist organisation.
The minister disclosed this during an interview on BBC Focus Africa on Wednesday,
According to Lai Mohammed, the act and utterances of IPOB, led by Nnamdi Kanu, were acts of terrorists.
‘’The acts and utterances of IPOB were acts and utterances of terrorists. For instance Nnamdi Kanu was caught on tape saying that they want Biafra and not peacefully but by force and that if they don’t get Biafra, Somalia will be a paradise with the kind of mayhem,’’ he said.
Responding to a question on how a man without a weapon can be proclaimed a terrorist, the minister said: ‘’This is also the same man who opens a safe for arms and the same man who set up his own Biafra national gathering, his own Biafra secret service and the same man who actually attacked army formations’’.
Also in the interview, Lai Mohammed was asked what his take was, concerning fact that the U.S. does not see IPOB as a terrorist organisation.
“That’s very unfortunate,” the minister said. “Because if countries decide to pick and choose which organisations are terrorists and which are not bearing in mind that terrorism has no boundaries, I think what we should do is, every country should work together to ensure that terrorism does not strive.”
The Nigerian government recently labelled IPOB a terrorist organisation after securing a court order following clashes between the group and security agencies.

At least one police officer was killed in the clashes and a police station burnt in Abia State.
On Wednesday, the BBC presenter asked Lai Mohammed why more violent groups like armed herdsmen who have killed hundreds of people across Nigeria were not labelled terrorists.
‘’I think acts of terrorism should not be confused with terrorist acts,” the minister replied. “I just told you that when an organisation decides to set up its own parallel government; when an organisation openly solicits for arms all over the world; when an organisation has issued out its own passport and its own currency and there’s nothing wrong, … then it becomes a different thing.”
Finally, the presenter asked, ‘’Do you worry that IPOB can be driven underground, become a militarised militant because you declared them a terrorist organisation?”
In his response, Mohammed said, “Nigeria is so fragile that if we allow this kind of thing to go on and there are reprisal attacks on other parts of the country, the whole country will be endangered.”
Follow Us on Twitter!