Home » news » JUST IN: Owners Of Another Container Loaded With 475 Pump-Action Rifles In Lagos Port Come Forward {Must See}

JUST IN: Owners Of Another Container Loaded With 475 Pump-Action Rifles In Lagos Port Come Forward {Must See} 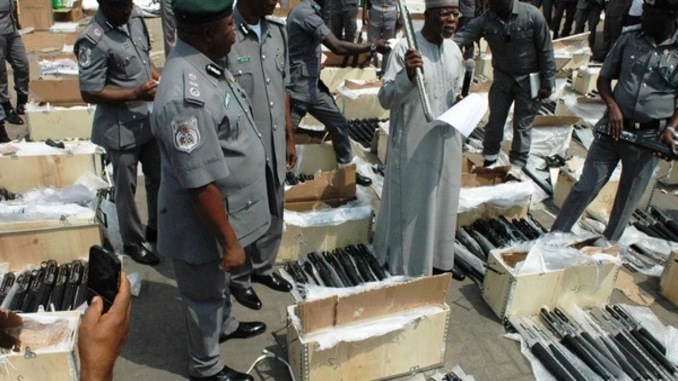 On May 23, 440 pump action rifles were intercepted. On September 11, another set of pump action rifles were intercepted. All the items were said to have come from Turkey. “The container is owned by the same importer of the 1,100 guns.
After a detailed profiling of the importer ordered by the area controller, it was discovered that he still has another container inside the port. So, officers were asked to fish out the container for examination. But I don’t know why they are hiding the identity of the importer,” a source told The Sun.
But when contacted, the National Public Relations Officer of the service, Joseph Attah, said a container was suspected and it has not been examined to know what is inside.
Follow Us on Twitter!