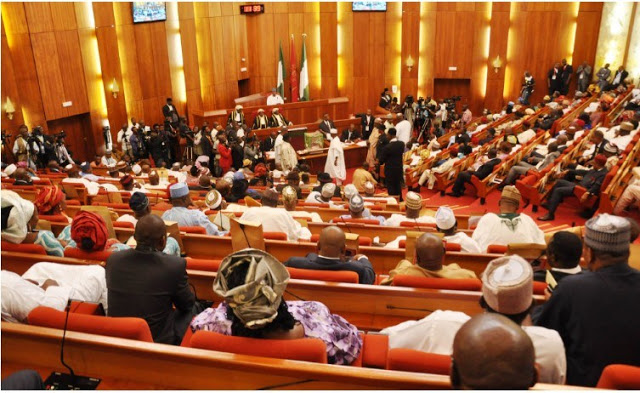 The upper chamber, which did clause by clause consideration of the report by its committee on Judiciary, Human Rights and Legal Matters, adopted the clause which specified death sentence for kidnapping.

Senator Chukwuka Utazi (Enugu North) presented the report of the committee on behalf of the Chairman, Senate Committee on Judiciary, Human Rights and Legal Matters Senator David Umaru.
The Bill was sponsored by Senator Isa Hamma Misau (APC-Bauchi).
Presenting the report, Utazi said the Bill sought to prescribe stiff punishment for the offence.
He said the bill sought to combat and prevent any form of kidnapping in Nigeria by giving wider powers to the Inspector-General of Police to ensure adequate policing of the crime.
The report was unanimously accepted by the lawmakers after a voice vote.
Follow Us on Twitter!