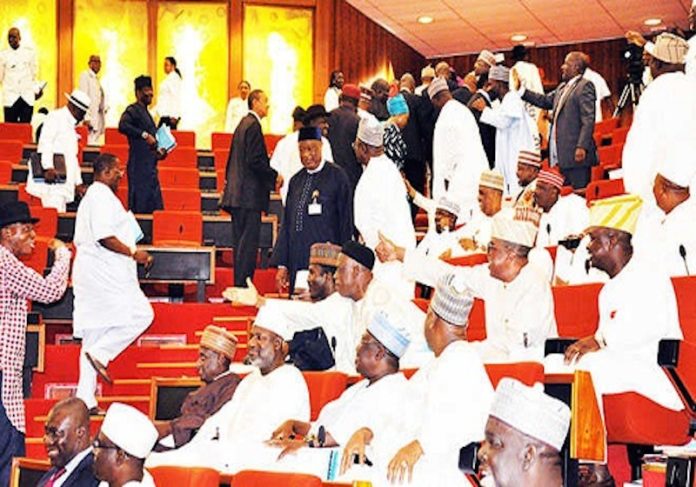 As the Nigerian Senate is set to resume legislative business on September 19 after proceeding on a two-month recess , sources close to the Red Chamber reveal exclusively to our correspondent in Abuja that two key raging issues are likely to top the agenda.
The first one is the devolution of power to the states as the clamouring for a restructuring of the country continues and the proscription of the Biafra separatist group, the Indigenous People of Biafra.
Recall the Senate President , Abubakar Bukola Saraki, who had earlier flayed the military for the classification before the court order backing the proscription of the group and designation as a terrorist organization.
However the proscription of the group and its classification as a terrorist organization by the Federal Government are expected to be discussed by the lawmakers who seem uncomfortable with the position of Saraki and are ready to state their positions.

However, those close to Saraki said that the position the Senate President took on the proscription and classification of IPOB as a terrorist organization remained his personal opinion which informed why he personally signed the statement conveying his position.
Following the fire and fury that attended National Assembly rejection of the proposal for devolution of powers to states, Saraki promised that the issue would be re-visited.
Deputy Senate President, Senator Ike Ekweremadu, also said that an avenue could be created to reconsider the power devolution clause.
That majority of Nigerians are anxiously waiting to see the controversial clause would be re-visited is not in doubt. What is in doubt, however, is how the proponents of devolution of powers will win over senators and House of Representative members who are bent to ensure that the power devolution clause did not see the light of the day.
Follow Us on Twitter!