Home » opinion » Just In!! APC Is A Failure, Has Lily-Livered, Weak Leadership; IPOB Must Be Curbed – Sagay

Just In!! APC Is A Failure, Has Lily-Livered, Weak Leadership; IPOB Must Be Curbed – Sagay 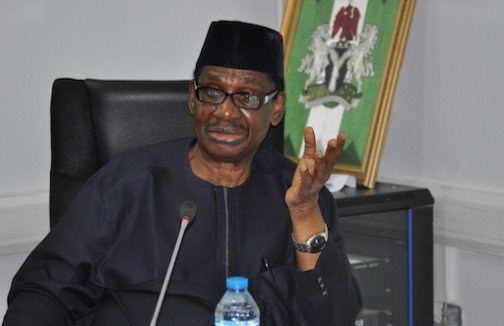 Presidential Advisory Committee Against Corruption (PACAC) Chairman Prof Itse Sagay (SAN) yesterday backed the military’s declaration of the Indigenous People of Biafra (IPOB) as a terrorist organisation.
He said he agreed with the Defence Headquarters’ description of IPOB as a terror group even if he was not sure whether the army complied with legal requirements in making the pronouncement.
Sagay, in an interview with our correspondent, said IPOB exhibited characteristics that justified being so described.
According to him, even if the group wanted secession, there were better ways of doing it than using abusive language and stoking violence, which he accused IPOB leader Nnamdi Kanu of.
[b]He said: “Whilst I’m not sure of the legal parameters of that declaration, in practice, I agree. If you look at it, we’re very lucky that this thing did not get out of hand.
“They (IPOB) were coming in their thousands, establishing road blocks, bringing out Northerners – for what, I don’t know – to kill some of them? If that is allowed, then the country is finished. Then they burned down a police station, killed a policeman.
“For Christ’s sake, even if you want Biafra, you don’t have to be violent. If you look at the words that Kanu uses on the social media, how he has described our President and the rest of us as living in a zoo – abusive, violent, intemperate words – kill, kill, kill, all those in my view, constitute in totality acts of terrorism in which they can push undiscerning youths into rage and violence, which can be destructive.
“You saw Moslems seeking protection in Port Harcourt. If you start killing Northerners and the North reacts, then we’ve had it.
“I just thank God that the North is showing some maturity and some sense of restraint while this is being curbed. But we really need to curb IPOB, otherwise they will turn this country into a tinderbox.”
Sagay said he would not stop expressing his views on issues of national importance despite the Senate asking President Buhari to call him to order.

When reminded that the All Progressives Congress (APC) also once cautioned him about his criticisms of the National Assembly, the law professor described the party’s leadership as “a failure”.
He said: “As for the leadership of the APC, I think they are the most unprincipled group of people. They are lily-livered, weak, and cannot run any organisation. The whole party is collapsing under them. They cannot control anybody.
“In fact, they’re now encouraging and accepting ‘rogue elephants’, pampering people who are destroying the party, saying ‘let’s not annoy them too much’, but they’re destroying the APC house.
“So, I think the APC leadership is weak, is too compromising and is certainly a failure as far as I’m concerned.”

Sagay said the war against corruption could not be won without committed judges.
He accused some judges of “deliberately” sabotaging the crusade by obstructing justice.
His words: “We are very concerned about the judiciary. Without the judiciary, we can kiss the anti-corruption war goodbye. We must have a committed judiciary, otherwise they will keep messing up any case that comes. It’s so easy to give a reason, which will appear to be reasonable, and the public will say the anti-corruption agencies have not done their homework. It’s not so.
“Quite a number of the judges are deliberately taking decisions which I’d say indicate their hostility to the anti-corruption war. There are judges who are hostile. There are judges who interfere when such cases are going on, using their position to ensure that government loses.
“Government is aware of all this. It’s just that some of us are not in a position to take decisions. People who should be stopped are slipping through and still being relevant when in fact they should be pushed aside into retirement where they will not interfere in the anti-corruption struggle.
“There are reports on these judges, some by the Department of State Services (DSS). I feel that judges who are not committed to the eradication of corruption should be eased out of the system.”
Sagay said he stood by his assertion that the Senate was self-centered and unsupportive of the anti-graft war.
“One of the most critical Bills pending before them – the Special Crimes Court Bill – was yet to be passed,” he said.
The PACAC chairman said it was rather the Senate that owed him an apology for abusing him for speaking the truth.
I didn’t abuse them. I merely said they’re not committed to the Nigerian people, that they’re there for themselves alone. I provided the figures to show it. I know the worse exists.
“There are certain things I didn’t say. I did not even mention what the Majority Leader, Deputy Senate President and Senate President get as extras. Those extras run into hundreds of millions of naira. What I said at that lecture is a tip of the iceberg.
“Our aim is for the National Assembly to finally admit that they’re frittering away our national assets and preventing these funds from being used for various other vital sectors to create more employment and fix infrastructure.
“If you recall, former Central Bank of Nigeria (CBN) Governor Lamido Sanusi said they were consuming 25 per cent of our budget. They didn’t deny it. Instead, former President Jonathan forced Sanusi out.
“If we look at the senators’ allowances, we should ask ourselves questions. Should we be the ones clothing senators? Should my tax be used in hanging agbada on a senator?
“How many times has government provided clothes for workers? But these men who are overpaid are still asking us to clothe them as if they arrived in Abuja Unclad.
”These same people ask us to pay them hardship allowance for doing their job. What of the man who is earning N18,000 a month, who operates machinery and sweeps the streets? No one pays them hardship allowance!”
“Yet, people who live in tremendous luxury get paid hardship allowance running into billions. Why are Nigerians quiet about it? I don’t understand it,” Sagay said.
On the Senate’s refusal to confirm Economic and Financial Crimes Commission (EFCC) Acting Chairman Ibrahim Magu, Sagay said it was the President’s exclusive prerogative to decide how long he remains in office.
“Magu can act indefinitely. The Senate does not have jurisdiction in this matter. It is the President who does because of Section 171 of the Constitution. This government is being a bit gentle, not wanting to ruffle feathers. Maybe that’s why they’re politicians and in government.
“If people like me who are not politicians were there, these people (senators) would have heard a different message. I’d have rammed things through and damned them to go and do whatever they like, and let’s see who would come on top.
“I believe that ultimately, righteousness, a good cause, a belief in principle will prevail. We’re dealing with people who are undergoing all sorts of investigations; they cannot face the righteous.”